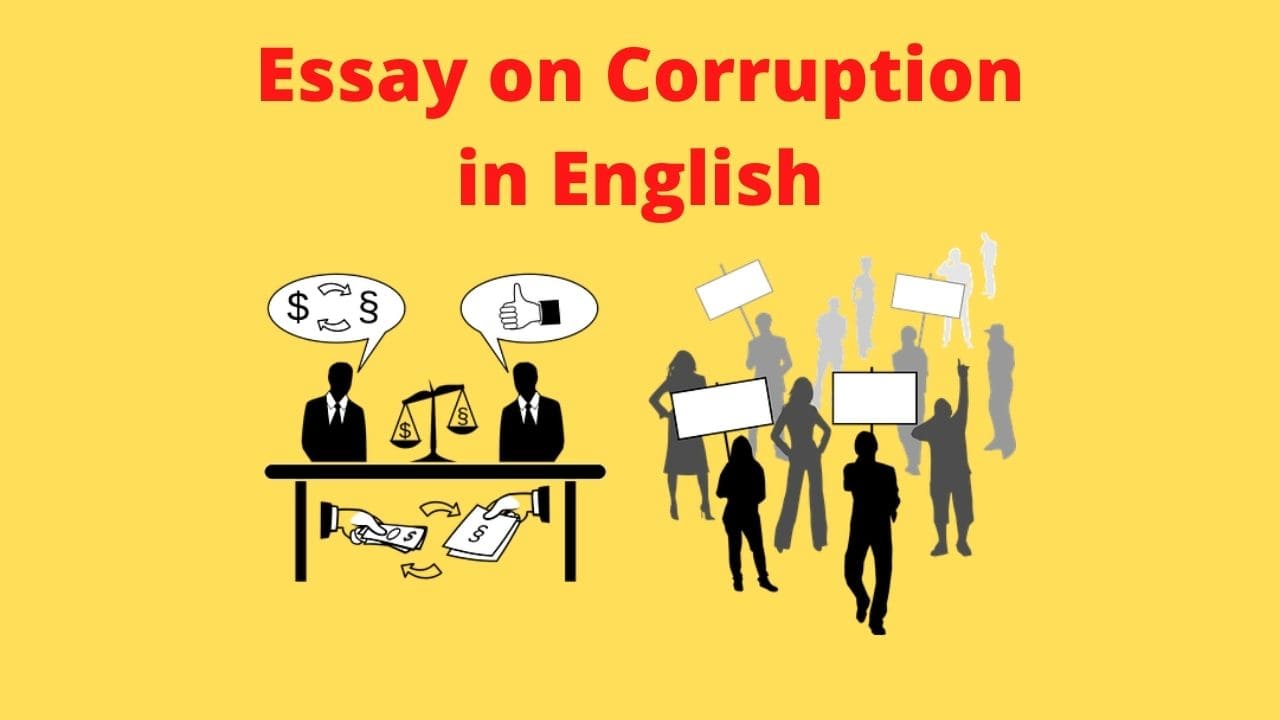 Hello, Welcome To CBSE Digital Education. Today We Are Going To Discuss A Interesting Topic About Essay on  Corruption in India.

This long Essay on Corruption in English is beneficial for School Students of classes 5, 6, 7, 8, 9, 10, 11, Competitive Exam Aspirants, and UPSC Aspirants.

1000+ Words Essay on Corruption in English for Students

Corruption Essay in English – Corruption is a widespread infectious parasite that is sucking the lives of systems, departments, institutions, individuals, or groups and has penetrated into all walks of life, be it social, religious, cultural, educational, or moral. Corruption is a favor or benefits demanded, offered, or produced for official work. It is an informal payment or favor for an official benefit.

It is really a matter of shame that India is one of the most corrupt countries in the world. There will hardly be any area of life in our country where we do not have to face this hydra-headed menace. Most of us, if not all of us, are either corrupt or victims of this malaise.

Presence of Corruption from Ancient Age

Corruption is a very old social evil. It has always existed in some form or the other in human society. It is important to note that ‘Atharva Veda’ warns people to stay away from corruption. Kautilya’s ‘Arthashastra’ mentions forty methods adopted by corrupt people for misusing government funds.

The Sultan of Delhi, Alauddin Khilji had to substantially increase the salary of his land revenue employees to save them from indulging in corruption. Pandit Jawaharlal Nehru in his book ‘The Discovery of India’ has written about the widespread corruption in India during the British rule. 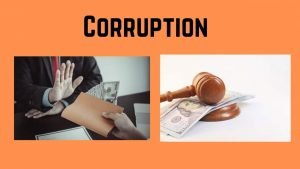 Corruption has permeated every fabric of the society in such a way that it was the subject of speeches made by the President, Prime Minister, Lok Sabha Speaker during the Golden Jubilee Celebrations of our Independence. Every Chief Election Commissioner since T.N. Seshan has taken office, advocating the dire need for electoral reforms to attack corruption at the grassroots level and some measures have already been taken by him to make elections fair.

Conventional Corruption: It occurs when government officials, whether of high or low rank, illegally obtain or accumulate undue benefits for their personal use and not in relation to the public interest.

Unconventional Corruption: It exists where a public government official acts without consideration for the public interest but there is no apparent monetary or other transaction between the two parties. This includes misappropriation, theft, breach of trust, etc.

Political corruption: It is considered a type of grand corruption because of its seriousness and the involvement of high officials. This includes politicians who prefer certain companies and industries over others. Here, the companies and organizations that shape and influence laws or government policies.

Some of the most infamous scams are the HD Submarine scam, the Petrol Pump scam, the Churhat lottery scam, the Fodder scam, the Bitumen scam, the JMM bribery case, Sugar scam, Bofors scam. Securities scam (1992) snatched Rs 5000 to 9000 crore from the stock market and financial institutions.

However, ‘the most notorious was the fodder scam in which Rs 950 crore was withdrawn and former Bihar Chief Minister Lalu Prasad Yadav was charged. Even the school uniform scams did not help convert corrupt persons. And recently the scam in the 2G spectrum came into the limelight.

It can be possible only when people understand the values ​​of ethics and morality in their life and start believing in them. Fool-proof laws should be made to eradicate corruption from our society so that there is no room for the discretion of politicians and bureaucrats.

One of the common reasons enabling corruption by public servants is seeking and receiving illegal gratifications commonly known as speed money. To remove this in the administrative process, the Government of Madhya Pradesh passed a law known as the ‘Public Service Guarantee Act’ in 2010, which prescribed reasonable time limits for the delivery of various government services to the people.

In 2011, the Bihar government also passed a similar act called the “Right to Service Act”. All other state governments should also make arrangements to get similar acts done so that no government employee has any scope to withdraw speed money.

To combat corruption, the Government of India has enacted the Prevention of Corruption Act 1998 and established the Chief Vigilance Commission, which provides legal authority to deal strictly with corruption. Although these are not enough for the long corridors of the judicial process, the lack of witnesses and corruption in the judiciary can hardly make any difference.

Efficient solutions include public awareness, frequent exposure to corrupt deals, and above all the role of whistleblowers. The concept of the whistleblower is Western, but if a large number of people keep tabs on corrupt officials, spy on them, and consult relevant departments, things can get better.

The government has now stressed accountability and India can be positive for the future because by digitizing everything with programs like Digital India, corruption will be reduced to a higher level as there will be no place for middlemen in the system, and the government will monitor everything. Yes, corruption is a big problem but it can be eradicated with systematic and right efforts.

Q1. What is Corruption?

Answer: Corruption is an immoral act that is done by an individual or a group of people by using the power of position or authority for personal gain. It is a social issue that adversely affects the economy of the nation. It has become one of the big factors that hinder the development of the individual and the country. It is like a poison that has spread in the mind of the society, community, and the people of the country and is one of the major reasons for the inequalities in the society and community.

Q2. Write the types of Corruption?

Q3. What is the meaning of Corruption?

Q4. Where can corruption happen?

Answer: Corruption can happen in government, business, media, courts, civil society, sports, as well as all sectors from health and education.