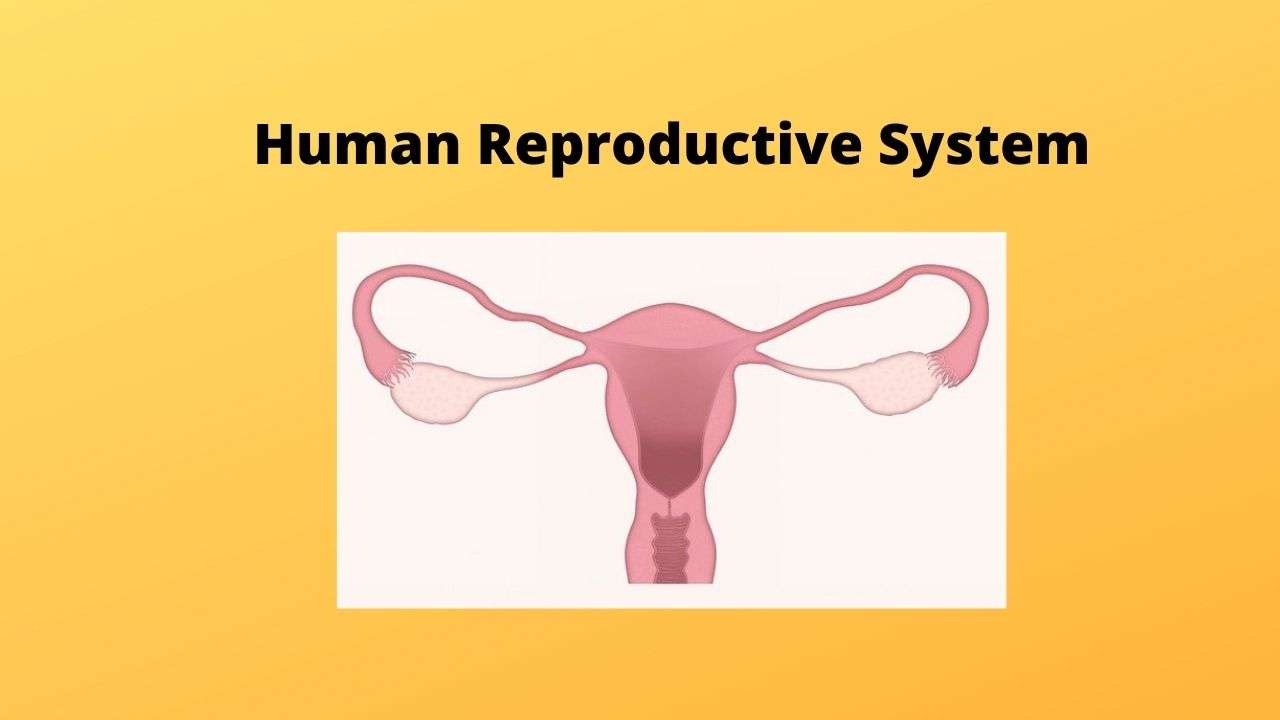 Reproduction is the process of producing new individuals of the same species by existing organisms of a species that is parents. Reproduction is important for the continuation of species. Asexual reproduction is the process of producing a new organism from a single parent without the involvement of sex cells or gametes.

Sexual reproduction is the process of producing a new organism from two parents by making use of their sex cells or gametes.

What is the human reproductive system?

Males and females have different reproductive systems. The reproductive organs of human beings that are Testis in males and ovaries in females become functional only after attaining sexual maturity.

Puberty: It is the age at which the sex hormones (or gametes) begin to be produced and the boy or girl becomes sexually mature.

The testes and ovary produce gametes and also secrete hormones like testosterone (the male hormone from testes) and estrogen and progesterone (female hormones from the ovary).

Testes are the main reproductive organs of the male body that produce sperms. They hang outside the body in scrotal sacs as they need a temperature lower than the body temperature.

The sperm is carried by a long tube known as vas deferens of sperm duct into organs called seminal vesicles, where the sperm get nourished and stored.

It is the tube that carries urine or semen. The urethra carries sperms to an organ called the penis which opens to the outside through a male genital pore.

It provides a common passage for the urine and the semen.

It also produces fluid which is released in the urethra along with the secretion of seminal vesicles. The secretion of accessory glands together with sperms is known as semen.

It is the tiny body that consists of mainly genetic materials and a long tail that helps them to move towards the female germ cell.

The female germ cells or eggs are made in the ovaries and are responsible for the production of some hormones. The main organs of the female reproductive system are: Ovaries are the main reproductive organs of the female body. They produce ova. Females are born with hundreds of undeveloped female egg cells (ova). These eggs are stored in the ovaries and release every month, after puberty.

Unused eggs dissolve and pass out during the time of menstruation. Ovaries also act as endocrine glands and produce hormones like estrogens and progesterone.

It is a pair of long convoluted tubes that carry oval or eggs from the ovary to the uterus. Through the fallopian tube, the eggs cell travels to the uterus.

The uterus is a bag-like structure that appears like an inverted pear. Its upper portion is broader whereas its lower portion is the narrower called the cervix. It is held in place by ligaments and muscles.

It is the inner lining or the endometrium is built and shed periodically (28 days) till pregnancy occurs. In that case, it holds the fertilized egg till it develops fully into a baby.

Cervix is a ring of muscles located at the lower portion of the uterus. It forms a barrier between the uterus and the vagina.

The vagina is an elastic and muscular canal that connects the cervix to the outside of the woman’s body. The vagina is the tube that receives the male organ during sexual intercourse.

The male gametes called sperm are introduced inside the female genital tract (vagina) by the process of copulation or mating. Fertilization occurs in the fallopian tube.

Fertilization occurs only when copulation takes place during the ovulatory period. The embryonic development of the zygote begins immediately in the fallopian tube and pregnancy starts while menstruation stops.

The embryo moves down to reach the uterus. The embedding of the embryo in the thick inner lining of the uterus is known as implantation.

Now, a special tissue develops between the uterine wall and the embryo (foetus) called the placenta where the exchange of nutrients, oxygen, and waste products takes place.

The time period from the development of foetus inside the uterus till birth is known as gestation.

The act of giving birth to the fully developed foetus at the end of gestation periods is known as parturition. The development of the child inside the mother’s body takes approx 9 months.

Animals have to reach up to a certain age for reproduction. In human beings, the changes appear in the body after the age of around 11 years. This age is called adolescence or teenage (onset of puberty).

The changes that come are growth in height, body shape, a voice in boys get significantly deeper, increase in mental, intellectual and emotional maturity, increased activity of sex glands, maturity of ovaries and testes, development of breast in girls, beard and mustaches in boys.

All these changes are controlled by hormones. Hormones are the chemicals produced by the endocrine glands that are sent to the target site by the blood.

With puberty, girls start to menstruate every 28-30 days. This is the period when the egg cell matures, the uterine wall becomes thickened.

If fertilization takes place, the zygote is formed and starts developing into an embryo which gets implanted in the uterine wall. This is known as pregnancy.

Generally in animals, sperm from male and ovum from the female fuse to form a zygote, which grows into a new organism.

Answer: An embryo in which all the body parts can be identified is called a foetus.

Answer: Sex ratio is the ratio of the number of females to the number of males in a population. The female-male sex ratio must be maintained for a healthy society. The female child sex ratio is declining at an alarming rate in some sections of our society because of reckless female feticide.