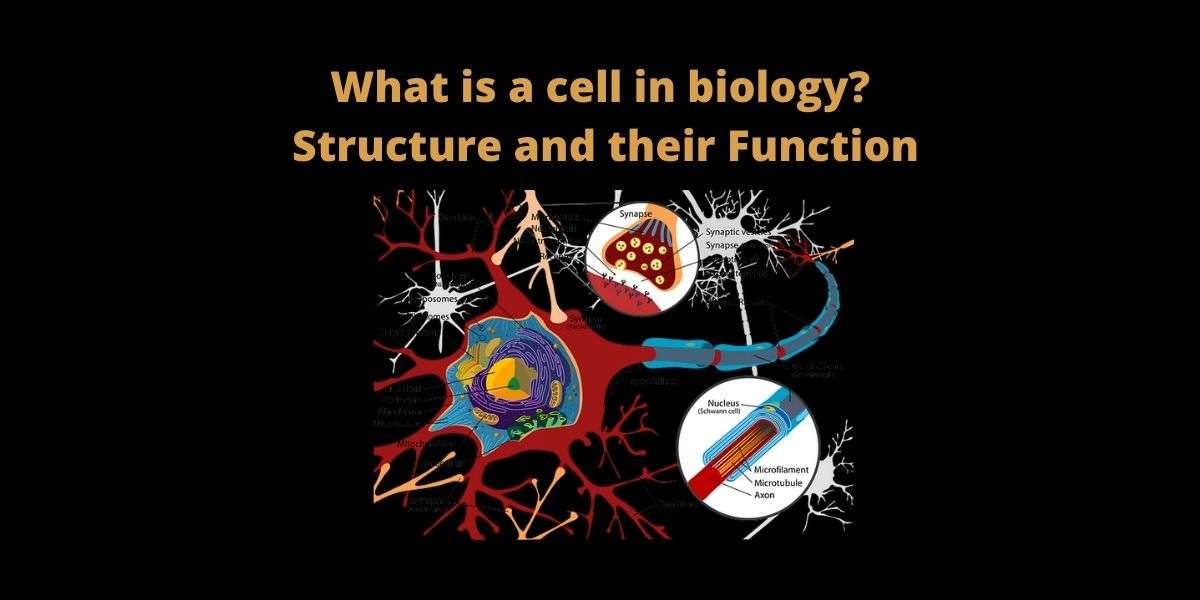 What is a Cell in biology?

A cell is the basic unit of life or a cell is the structural and functional unit of life is determined by Robert Hooke. The body of all livings things is made of cells. Cells were first discovered by Robert Hooke with the help of a microscope in 1665. The number of cells varies in different organisms. Some cells are unicellular (single cell), whereas others are multi-cellular.

In single-celled organisms like paramecium, Amoeba, all the functions (feeding, excretion, respiration, reproduction, movement, etc.) have to be performed by a single cell.

The single-celled organism may be Prokaryotes or Eukaryotes. Multi-cellular organisms develop from a single cell and may have trillions of cells when they grow up.

All living organisms are made up of cells or products of cells called cell theory. It was given by Schleiden and Schwann. Cell theory, however, did not explain how new cells were formed.

In 1838, Malthias Schleiden (German Botanist) examined a large number of plants. He observed that all plants are composed of different kinds of cells that form the tissues of the plant.

In 1839, Theodore Schwann (British Zoologist) studied different types of animal cells. He reported that cells had a thin outer layer which is today known as the ‘plasma membrane’. He also concluded, based on his studies on plant tissues, that the presence of cell war is a unique character of the plant cells.

The cell carries a number of cell organelles suspended in a jelly-like substance called cytoplasm which again is bounded by the cell membrane. Most of the cell organelles are common in animals as well as plants.

Various cell organelles and their functions have been given below in brief:

Cell walls are found in only plant cells. In plants, the rigid outer wall is made of cellulose. It gives a definite shape to the cell and provides strength and protection. It is absent in animal cells.

It regulates the movement of molecules inside to outside and outside to inside. It is made up of Phospholipids. The semi-permeable membrane that covers the entire cell acts as a gatekeeper allowing only certain things to pass and acting as a barrier for others.

The nucleus is also called the Brain of a cell or manager of the cell. It is the master controller of entire cell functions. It contains chromosomes that contain genes for controlling different functions.

They are responsible for protein synthesis. It was discovered by Palade.

A small dark-colored body in the nucleus that is mainly responsible for the synthesis of protein and RNA.

Vacuoles are absent or of small size in the animal cell but big-sized storage places for plant cells. They also help in secretion and excretion in plant cells.

The cytoplasm is a jelly-like substance that fills the entire cell and organelles are found embedded in it. It helps to maintain the osmotic concentration of the cells.

The chloroplast is present in the plant cells only. They contain pigments especially the green-colored chlorophyll that absorbs solar energy and converts it to chemical energy to be used in the process of photosynthesis.

It was discovered by Camallio Golgi. It is called a packer/movers/bundle. The Golgi body is also called the traffic police of the cell and mother of the cell.

Golgi apparatus: They are flattened sac-like structures responsible for the secretion and act as packaging units.

Mitochondria are also called the powerhouse of cells and energy houses of the cell. It is here that the food gets oxidized and energy in the form of ATP molecules is produced. It is also called Suicidal bags of cell and Digestive bags of cell. They contain digestive juices that help to break down the waste or non-performing organelles.

Why Lysosomes is called Suicidal bags of cells?

The centrosome is resent only in animal cells near the nucleus. It is functional during cell division when it helps to form spindle fibers on which chromosomes get attached.

They are made up of DNA, the genetic material that actually controls all the functions of the body and is responsible for the transmission of characters from one generation to the other. In every species, there is a definite number of chromosomes in the nucleus of its cells.

A tissue is formed by a group of similar cells that perform similar functions. Tissues found in human beings are:

Tissues found in plants are:

Some important Link of Biology