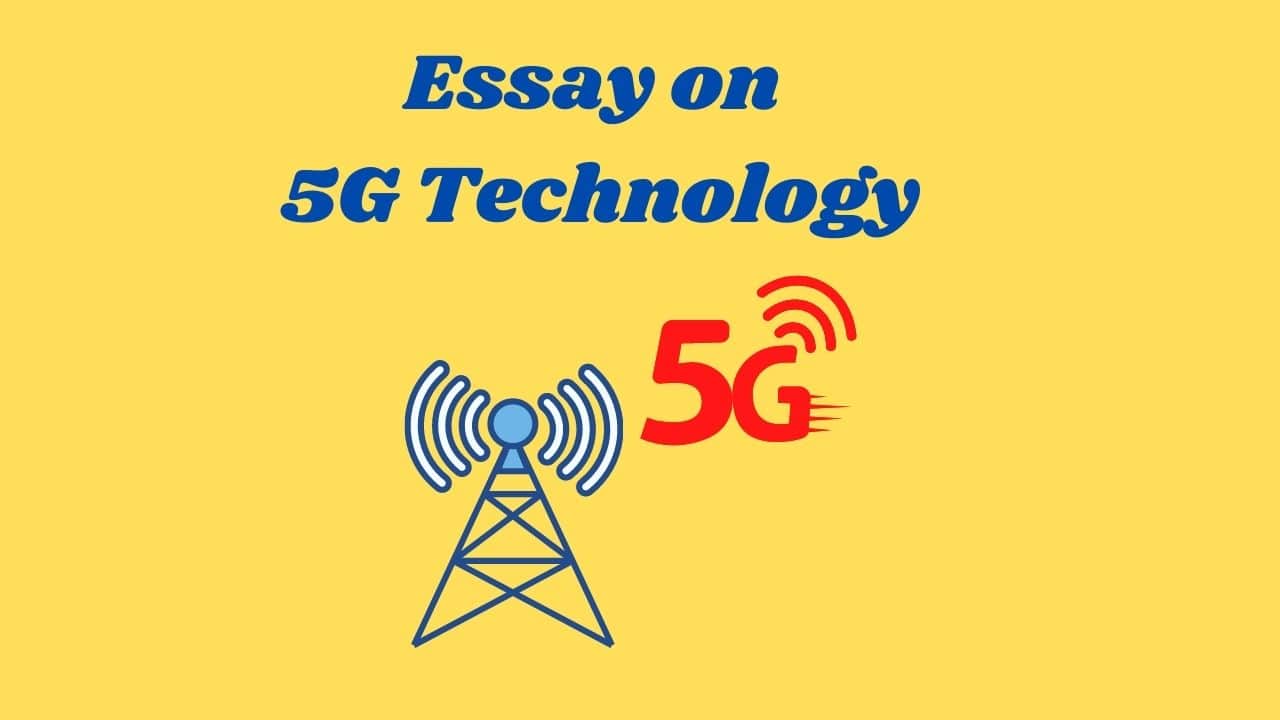 5G Technology Essay – 5G Technology is the next generation of mobile broadband that will eventually replace, or at least expand 4G LTE  connections. Long-term development (LTE) is a standard for wireless broadband communications for mobile devices and data terminals.

5G technology is the fifth generation of the Internet and is considered the fastest and most secure means of data transfer so far. Its speed will be more than about 1 Gbps, which is about ten times more than a normal wireless mobile phone. The 5G is much more powerful than its previous generations due to its high-speed data transfer and low latency.

How does 5G Work?

The transmission of the 5G network will not require any type of tower, but rather the transmission of signals through small cell stations in rooftops or electric poles.  These small cells are significantly more important because of the millimeter-wave spectrum.

Various state-of-the-art technologies under 5 G technologies, such as MIMO, TDD, etc. will be used.  Multiple Input Multiple Output (MIMO) technology will provide downloading capability with an intensity of around 952 Mbps.

Some of the important advantages of essay on 5G technology are:-

Some of the challenges of the essay on 5G technology are:-

It is true that there are challenges related to infrastructure, investment, and health-related to 5G technology in India right now, but the government should address these challenges as soon as possible and implement this technology in India. With the introduction of 5G technologies in India, economic, socio-strategic, etc., will bring dynamism in all areas and the development of the country will be further strengthened.