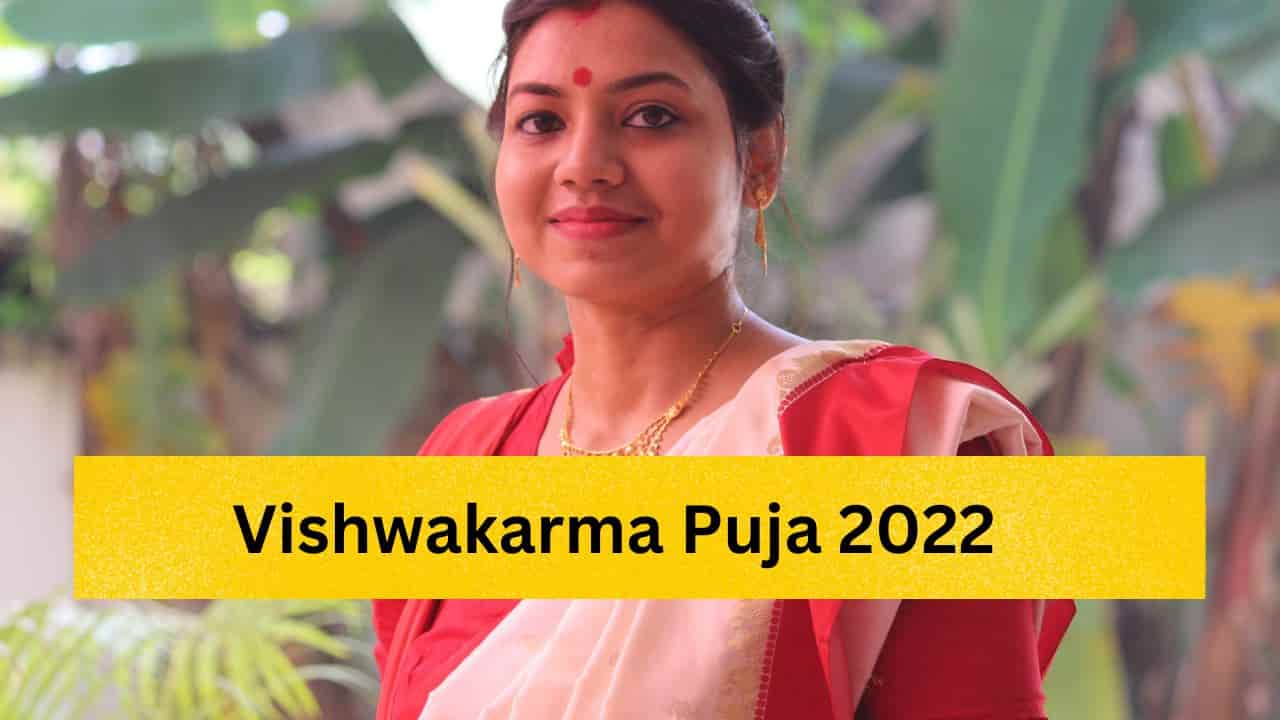 For Indians, Vishwakarma is one of the most sacred holidays, especially for businessmen and employees who worship Lord Vishwakarma on Vishwakarma Day or Jayanti.

In addition to being the Hindu God of engineering and construction, he is also revered as the maker of tools and weapons.

In his statue, Vishwakarma is depicted holding the Vedas, a bow, artisanal tools, and a water pot in his four hands.

When is Vishwakarma Puja worshiped?

Like every other Hindu deity, Lord Vishwakarma holds a special place among Indians, especially among engineers, entrepreneurs, artisans, and professionals in all fields of labor.

In 2022 Vishwakarma Puja will be celebrated on Saturday, 17th of September

The day is celebrated not only by the engineering and architectural community but also by artisans, craftsmen, mechanics, smiths, welders, industrial workers, factory workers, and others. On this day all the factories and industries have a no-working day with a lot of rituals and ceremonies held where whole families of workers can participate.

The entire team and workforce gathered to perform the puja can be seen in front of beautiful pandals and decorated statues of Lord Vishwakarma. The entire factory has been adorned and cleaned. Even the tools that each worker uses are revered and not used until the following day. Each expert should adore Lord Vishwakarma and ask for his grace so that he may impart his abilities and skills to all of us.

How Vishwakarma Puja is conducted?

Vishwakarma Jayanti or Puja, which falls in the month of Bhadau, is celebrated in factories, storage facilities, and workplaces. Indian people first take a holy bath after getting up early in the morning, and then they put on new clothes.

They then build a platform for the worship of Lord Vishwakarma and decorate it with flowers before lighting an oil lamp. After this mantras are chanted and then fruits are offered to Lord Vishwakarma. Devotees then worship their pieces of machinery and equipment by offering them flowers, water, and sweets.

Lord Vishwakarma is revered by businessmen, architects, and all other professionals who ask him to protect their businesses, ensure their jobs and advance their careers. In addition, the workers pray for the proper functioning of various items of hardware and machinery.

Why Vishwakarma Puja is celebrated?

Hinduism believes that Vishwakarma is a heavenly creator who founded this planet and built palaces for Hindu gods. He has acquired a good knowledge of mechanics and engineering along with architectural skills. Vishwakarma Puja was celebrated or performed by people in India and Nepal in an effort to be successful in their careers and professions.

Story of Vishwakarma Puja or Jayanti

The Golden Palace was built by Lord Vishwakarma as per tradition for Lord Shiva and Parvati. Once, Lord Shiva requested that Raava perform puja for his home. Ravana, a devotee of Lord Shiva, consented and traveled there.

When they came and saw the palace where Lord Shiva and Goddess Parvati lived, they were amazed by its grandeur and became motionless. After the puja, Lord Shiva requested Ravana to give the palace of Lord Shiva as a thanksgiving gift for worship. Lord Shiva agreed and without hesitation fulfilled his wish.

Additionally, Lord Vishwakarma is credited with designing the town of Alakpuri, which Kubera constructed on Mount Mandara. He is also credited for building the Pushpak Viman for Kuber at Lord Brahma’s request. He built the town of Dwarka, known as Indraprasth, for the Pandavas during the time of the Mahabharata.