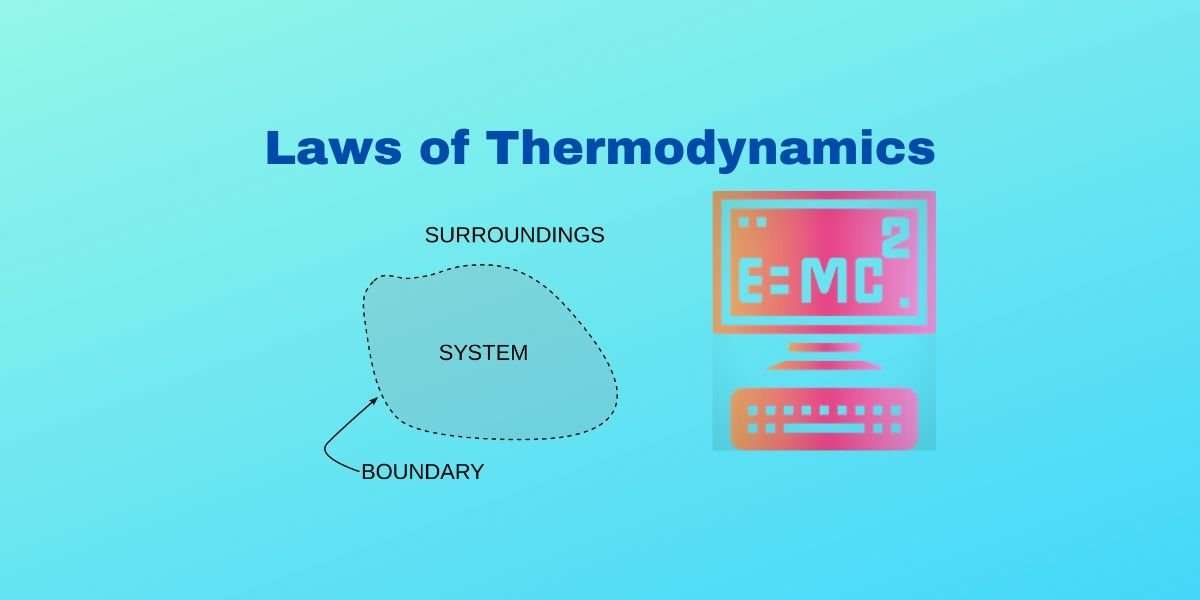 Let’s start the explanation of the Laws of Thermodynamics

The Laws of thermodynamics

Thermodynamic is principally based on a set of four laws that are universally valid when applied to the system that falls within the constraints implied by each. Explain all Four laws of thermodynamics

Internal Energy: It is the sum of molecular kinetic and potential energies in the frame of reference relative to which the center of mass of the system is at rest.

The first law of thermodynamics Limitation of the first law of Thermodynamics

The second law of thermodynamics

Kelvin-Planck statement: It is impossible to construct an engine, which will produce no effect other than extracting heat from a reservoir and performing an equivalent amount of work.

Clausius statement: It is impossible for self-acting machines, unaided by any external agency, to transfer heat from a body to another at a higher temperature.

3rd law of thermodynamic states that as a system approaches absolute zero, all processes cease, and the entropy of the system approaches a minimum value. The third law of thermodynamics provides an absolute reference point for the determination of entropy. The entropy determined relative to this point is the absolute entropy. The entropy of all systems and of all states of a system is the smallest at absolute zero, or equivalently however it is impossible to reach the absolute zero of temperature by any finite number of processes. Absolute zero refers to the temperature at which all activity would stop if it were possible to happen. It is -273.16 degrees Celsius or -459.67 degrees Fahrenheit or 0 K. 2 thoughts on “The Laws of Thermodynamics – Limitation and Best Concepts”