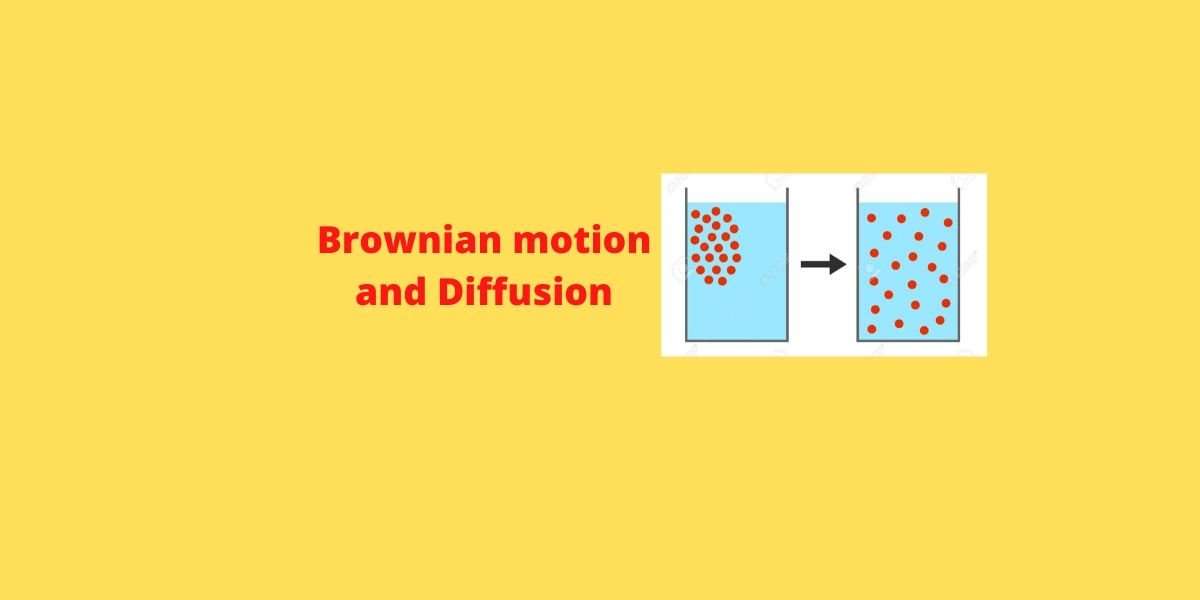 Let’s start the definition of Brownian Motion and Diffusion

The random or zigzag movement of microscopic particles in a fluid, as a result of continuous bombardment from molecules of the surrounding medium, is called Brownian motion. Brownian motion is also called the Brownian movement. It was named for the Scottish botanist Robert Brown, who first described the phenomenon in 1827 while looking through a microscope at the pollen of the plant Clarkia pulchella immersed in water.

Brownian motion served as convincing evidence that atoms and molecules exist and further verified experimentally by Jean Perrin in 1908. Perrin was awarded the Novel Prize in physics in 1926 “for his work on the discontinuous structure of matter”.

The Brownian motion doesn’t depend upon the nature of colloids but depends upon the size of colloids and the viscosity of the solution.

Cause of Brownian motion

Molecules of dispersion medium due to their kinetic motion strike against the colloidal particle from all sides with different forces. The resultant force causes them to move.

This intermixing of particles of two different types of matter on their own is known as diffusion. Movement of particles from a region to another from higher concentration to lower. Diffusion is fastest in gases & slowest in Solids. It is defined as the process in which a substance moves through a semi-permeable membrane without any help from transport proteins.

There are a few factors that affect the process of diffusion:

I hope you like this article Brownian Motion and Diffusion