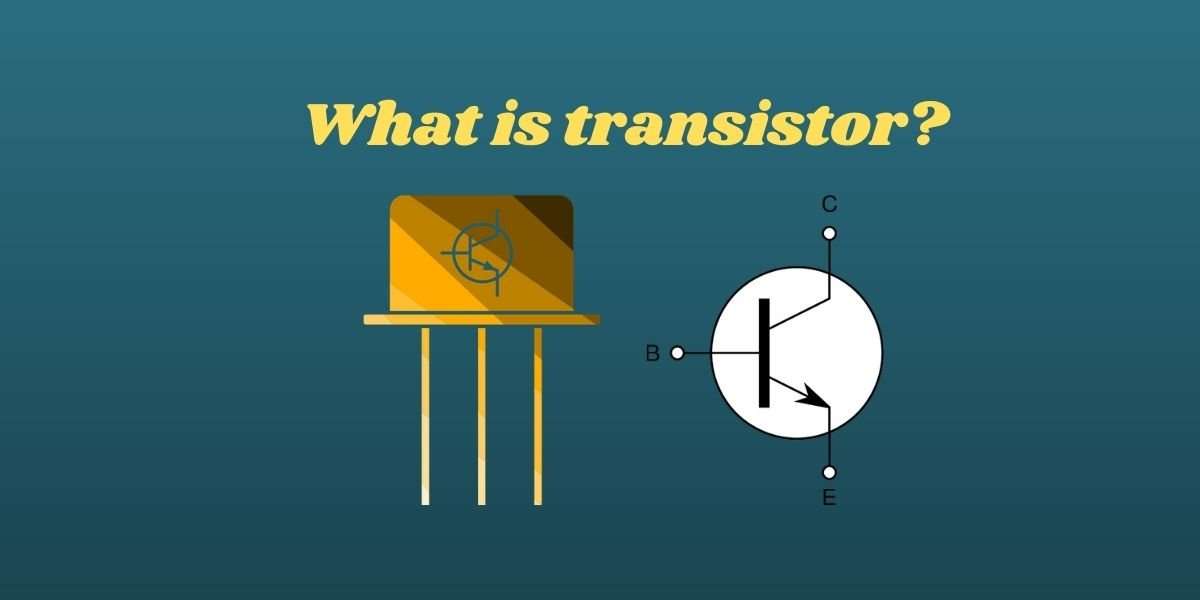 Let’s start the complete discussion about the important topic “what is transistor”. If you read the complete article then you solve the all-important question of the transistor topic.

It is a semiconductor device used for amplifying or switching electronic signals and electric power. It is composed of semiconductor materials usually with at least three terminals for connection to an external circuit.

A voltage or current is applied to one pair of the terminals of the transistor which controls the current through another pair of terminals. Because the controlled (output) power can be higher than the controlling (input) power, a transistor can amplify a signal. These transistors are found embedded in integrated circuits. Their use has revolutionized the field of electronics and paved the way for smaller and cheaper radios, computers, and calculators, among other things.

There are two types of transistors:

It has terminals labeled base, collector, and emitter. A small current at the base terminal (i.e., flowing between the base and the emitter) can control or switch a much larger current between the collector and emitter terminals.

There are 3 legs of transistor: Lightly doped crystal and made very thin. It passes most of the emitter injected charge carriers to the collectors.

The increase in the conductivity of a semiconductor as a result of incident photons of suitable energy is called photoconductivity. Semiconductors having large productivity are used as light-dependent resistors (LDR) in automatic light control circuits.

The term junction implies the boundary or region of transition between n-type and p-type semiconductor materials. Most of them (nearly 98%) cross base and enter into the collector region while very few (nearly 2%) combine with the electrons in base an electron leaves the negative terminal of battery VE and enters into the base. This causes a small base current IB. the holes entering into the collector region combine with the electrons coming from the negative terminal of Vc. this causes collector current Ic.

Forwards bias in the emitter-base region, electrons from the emitter-region move towards the base. Most of them (nearly 98%) cross the base and enter into the collector region move while very few (nearly 2%) combine with the holes in the base.

A transistor can be connected in a circuit in the following three configurations; Common Base (BC), Common Emitter (CE), and Common Collector (CC).

Transistor as a Switch

Transistors are commonly used in digital circuits as electronic switches which can be either in an “on” or “off” state in a grounded-emitter transistor circuit, such as the light-switch circuit shown, as the base voltage rises, the emitter and collector currents rise exponentially. The collector voltage drops because of reduced resistance from the collector to the emitter.

When the voltage difference between the collector and emitter was zero (or near zero), the collector current would be limited only by the lead resisted (light bulb) and the supply voltage. This is called saturation because the current is flowing from the collector to the emitter freely. When the transistor is saturated, the switch is said to be on, and when not, it is considered switched off.

Transistors as an amplifier

The common-emitter amplifier is designed so that a small change in the voltage (Vin) may change the small current through the base of the transistor; the current amplification of the transistor combined with the properties of the circuit means that small swings in Vm produce large changes in Vout.

From mobile phones to televisions, vast numbers of products include amplifiers for sound reproduction, signal processing, and radio transmission. Modern transistor audio amplifiers of up to a few hundred watts are common and relatively inexpensive.

3 thoughts on “What is transistor? – Types, Working & Diagram”