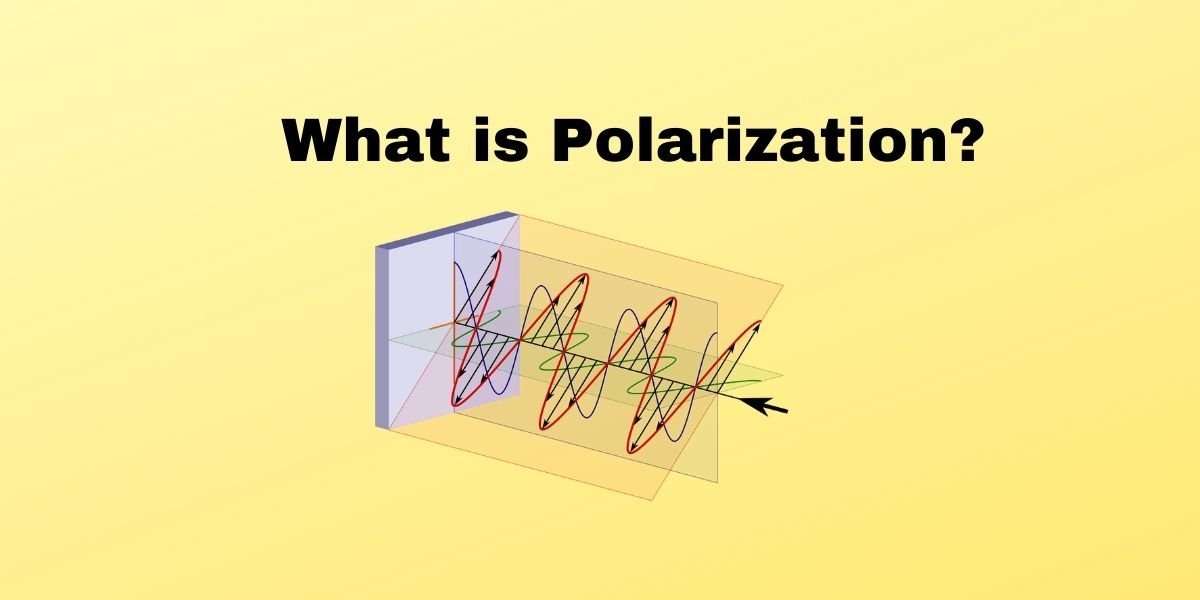 The phenomenon of restricting the vibration of light (electric field) in a particular direction (plane), perpendicular to the direction of wave motion is called polarization of light.

A thin plastic-like sheet, consisting of long-chain molecules aligned in a particular direction.

If an unpolarized light wave is an incident on such a Polaroid then the light wave gets linearly polarized with the electric vector oscillating along the direction perpendicular to the aligned molecules. The plane in which the vibrations of polarized light are confined is the plane of vibration/polarization.

Polarization by a Polaroid filter

These Polaroid filters are made of a special material that is capable of blocking one of the two planes of vibration of, electromagnetic waves that are filtered out one-half of the vibrations upon the transmission of the light through the filter. When unpolarized light is transmitted through a Polaroid filter, it emerges with one-half the intensity and with vibrations in a single plane, as polarized light.

Unpolarized light can also undergo polarization by reflection off non-metallic surfaces such as asphalt roadways, snowfields, and water. They reflect light so that there is a large concentration of vibrations in a plane parallel to the reflecting surface.

Someone viewing objects by light reflected off non-metallic surfaces will often perceive a glare if the extent of polarization is large. Fishermen are familiar with this glare since it prevents them from seeing fish that lies below the water.

If the angle of incidence of which the reflected light is completely plane polarized is called polarizing angle or Brewster’s angle.

When an unpolarized light incident at a polarizing angle, ip  on an interface separating air from a medium of refractive index, then the reflected light is fully polarized if

According to Snell’s law

Basically reflected ray should be perpendicular to refracted ray. In that case only i=ip & r=90-ip.

Polarization also occurs by the refraction of light in a plane perpendicular to the surface. The polarization of refracted light is often demonstrated by Nicol’s prism or Iceland Spar, a rare form of mineral calcite.

It refracts incident light into two different paths that are light splits into two beams upon entering the crystal. Subsequently, if an object is viewed by looking through an Iceland Spar crystal, two images are seen. These two images are the result of the double refraction of light. Both refracted light beams are polarized.

It is observed as light passes through our atmosphere. The scattered light often produces glare in the skies. Photographers know that this partial polarization of scattered light leads to photographs characterized by a washed-out sky. This problem is corrected by the user of the Polaroid filter.

When the filter is rotated, the partially polarized light is blocked and the glare is reduced. The photographic secret of capturing a clear blue sky as the backdrop of a beautiful foreground lies in the physics of polarization and Polaroid filters.

Application of Polarization of light in glare-reducing sunglasses and in the entertainment industry to produce and show 3-D movies.

Uses of Polarized light and Polaroid

I hope you like this article “What is Polarization?”.

2 thoughts on “What is Polarization? – Definition, Types & Uses”