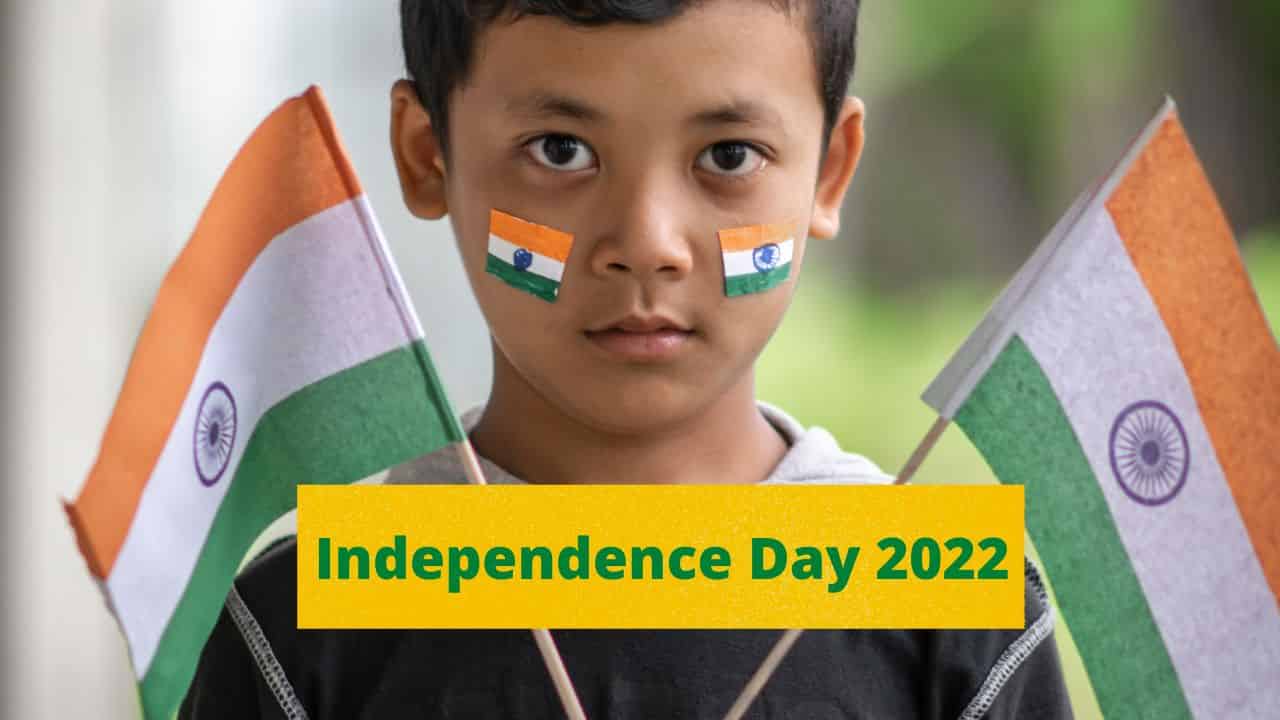 Happy 2022 Independence Day: India commemorates its Independence Day on August 15 each year. with immense enthusiasm and pride throughout the country. It is the anniversary of India’s independence from British dominion in 1947, following years of struggle and sacrifice. This day remembers not only the country’s independence but also those who gave their lives in the long run to achieve freedom.

People around the country commemorate Independence Day, and there is a well-known flag hoisting on this day. This page contains further information about Independence Day 2022, such as its history, significance, and celebration.

India commemorates its Independence Day on August 15 each year. It is a national holiday in India and, along with Republic Day and Gandhi Jayanti, is one of three gazetted holidays. On this day, all government offices, private offices, banks, and schools are closed.

There are a few exceptions, such as private offices that may remain open on this day according to corporate policies. However, most institutions honor this day by declaring it a holiday. The year 2022 will celebrate the 76th anniversary of independence from British sovereignty.

After the rebellion of 1857, the East India Company gave up sovereignty to Queen Victoria in 1858, establishing British administration in India. The insurrection of 1857 was the first spark against foreign authority over Indian soil. Many campaigns were carried out by the country’s liberation fighters to achieve the country’s freedom as a result of this.

Many efforts were initiated to achieve this freedom, including Mahatma Gandhi’s Non-Cooperation Movement, the Congress-led Quit India Movement, the Indian National Army movement led by Subhas Chandra Bose, and many more.

The British were obliged to declare India’s independence as a consequence of the united efforts of the country’s freedom fighters. However, before independence, the country was separated into two nations, known as India’s partition, and a new nation, Pakistan, was founded.

Adoption of the National Anthem of India

There was no official national anthem in India at the time of its independence. Rabindranath Tagore wrote the song Bharoto Bhagyo Bidhata in 1911; it was renamed Jan Gan Man and declared the national anthem of India by the Constituent Assembly in January 24, 1950.

Which is the First City to fly a Flag?

The first national flag of India was raised on August 7, 1906, in Kolkata’s Parsee Bagan Square (also known as Green Park). The Vande Mataram anthem was written on the central strip of the flag, which had three horizontal stripes (deep saffron at the top, white in middle, and green at the bottom).

How will Independence Day 2022 be celebrated?

Indian Independence 2022 Day is widely commemorated throughout the country, with flags up in practically every business, school, and bank. Following the hoisting of the flag, the national anthem Jana Gana Mana is played, and marches are held in several localities. Institutions that are closed on this day celebrate the previous day’s Independence Day.

During the Day celebration, several cultural activities with patriotic themes are organized in schools and universities. On the occasion of this Day, it is also customary to decorate with tricolor balloons and distribute sweets.

The President of India delivers the “Address to the Nation” speech on the eve of Independence Day. The country’s Prime Minister hoists the national flag on the Red Fort in Delhi, followed by twenty-one gun rounds fired in commemoration of those who gave their lives to achieve and maintain the country’s freedom.

Check out some intriguing facts about India’s freedom that you may not have known before.

Q 2: In what ways do we celebrate Independence Day?

Ans: We celebrate this Day by raising our flag, singing the national anthem and other patriotic music, and listening to speeches from the Prime Minister and the President of India.

Q 3: Who was the first Prime Minister of India after Independence?

Ans: Pandit Jawahar Lal Nehru was the first prime minister of India after we got our Independence.

Q 4: Who was the first President of India?

Ans: Rajendra Prasad was the first President of India after Independence.

We hope that after reading this article you must have got detailed information about Independence Day in India 2022. If you want to ask any queries regarding Independence 2022 Day then message us in the comment section, and we will reply to you soon.