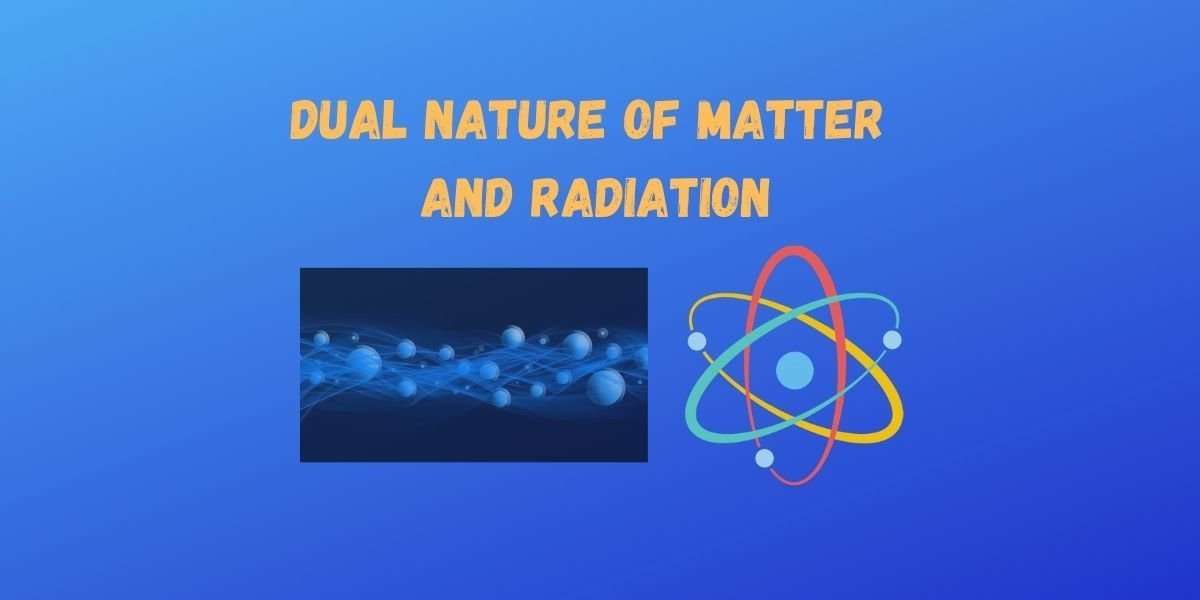 Dual nature of radiation and matter

The minimum amount of energy required by an electron to just escape from the metal surface is called the work function of the metal.

One electron volt is the kinetic energy gained by an electron when it is accelerated through a potential difference of 1 volt.

The electron volt is a commonly used unit of energy in atomic and nuclear physics.

These phenomena of emission of electrons from a metal surface. For their release from the metal surface, electrons are supplied the required amount of energy by any one method:

In 1900, Planck proposed the quantization of EM waves and the existence of quanta of energy now called Photons.

Each photon has energy, E = hv

While changing medium speed and wavelength of photon changes but the frequency remains constant.

The intensity of Light due to a Source

The energy crossing per unit area per unit time perpendicular to the direction of propagation is called the intensity of a wave.

The number of photons incident on a normal surface per second per unit area. The important points of Einstein’s theory of photoelectric effect:

By the conservation of energy,

The energy of the incident photon = Maximum K.E. of photoelectron + Work function

If the incident photon is of threshold frequency Vo then its energy hvo is just sufficient to free electrons from the metal surface and does not give it any kinetic energy. So hvo = Wo.

Explanation of the effect of Intensity

Photoelectric emission is the result of an elastic collision between a proton and an electron. Thus the absorption of energy from a photon by a free electron inside the metal is a single event that involves the transfer of energy in one lump instead of the continuous absorption of energy as in the wave theory of light. Hence there is no time lag between the incident of a photon and the emission of a photoelectron.

What is the Dual Nature of Matter and Radiation?

Particle Nature of Light: The Photon

When light interacts with matter, it behaves as if it is made up of discrete packets of energy, called quanta.

Some basic features of the photon picture of electromagnetic radiation are:

Photo-Cell is an arrangement that converts light energy into electric energy. It works on the principle of photoelectric emission. It is also called a photoelectric cell.

The materials particles in motion should display wave-like properties. His reasoning was based on the following two considerations:

Thus waves associated with material particles in motion are called matter or de-Broglie waves and their wavelength is called de Broglie wavelength.

The wavelength of matter waves associated with the microscopic particles like electron, proton, neutron, alpha particle, atom, molecule, etc., is of the order of 10-10 m, it is equal to the wavelength of X-rays, which is within the limit of measurement.

It is an important application of de Broglie waves designed to study very minute objects like viruses, microbes, and the crystal structure of the solids. It was first designed by ERNST RUSKA in 1930.

The force per unit area experience by the surface exposed to radiation is known as Radiation Pressure.

3 thoughts on “Dual Nature of Matter and Radiation”