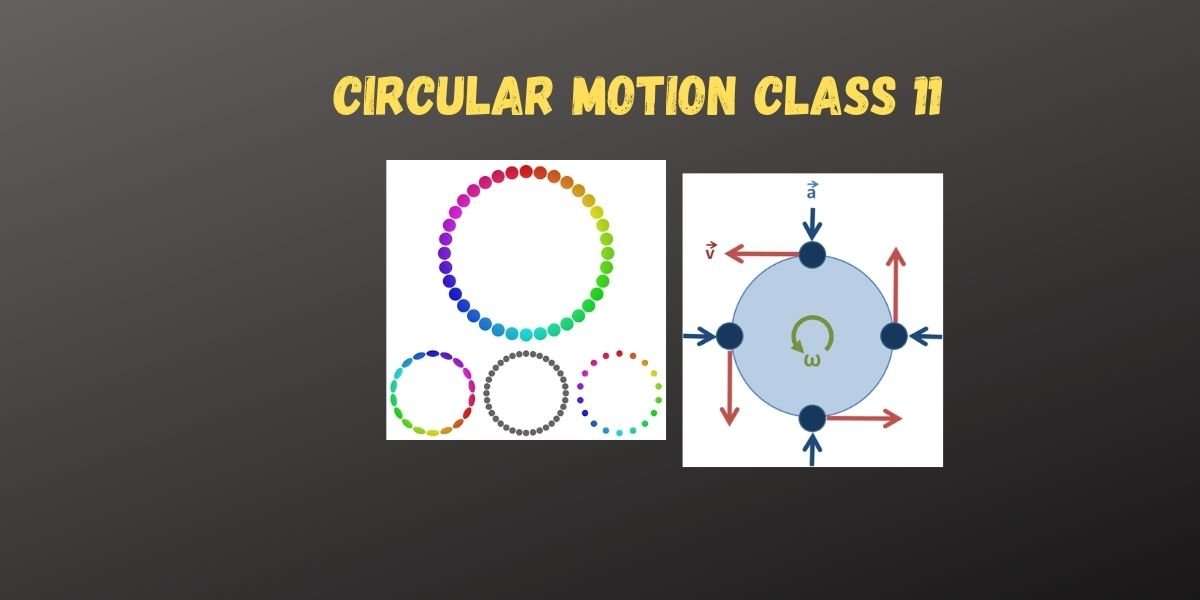 When an object moves in a circle is known as circular motion. The motion of a body can be linear or circular. However, they differ in the number of ways as listed in the table given below:

What is the Uniform Circular Motion?

It describes the motion of a body traversing a circular path at a constant speed. When the body describes circular motion, its distance from the axis of rotation remains constant at all times. Though the body’s speed is constant yet its velocity is not constant, velocity being vector quantity depends on both the speed of the body and its direction of travel. This changing velocity indicates the presence of accelerated motion.

In the case of rotation around a fixed axis of a rigid body that is not negligibly small compared to the radius to the path, each particle of the body describes a uniform circular motion with the same angular velocity, but with velocity and acceleration are different with the position with respect to the axis.

For motion in a circle of radius r, the circumference of the circle, C = 2 r. If the time period for one rotation is T, the angular rate of rotation is also called angular velocity and the unit is radian/second.

The speed of the body traveling the circle is:

The angle  swept out in a time t is given below

The angular acceleration, of the particle, is given below

In case of uniform circular motion,  will be zero. The acceleration due to change in the direction is given below

Consider a body of 1 kilogram, moving in a circle of radius 1 meter, with an angular velocity of 1 radian per second, then

What is Non-uniform Circular motion?

An object moving in a circular path with a varying speed is considered to be in a non-uniform circular motion. If the speed is changing, there is tangential acceleration in addition to normal acceleration.

What is the Centripetal Force?

For a particle to move in a circular motion, it must be acted upon by a net force towards the centre. This force is called the Centripetal force.

This acceleration is known as Centripetal Acceleration.

What is Centrifugal force?

Different between Centripetal and Centrifugal force