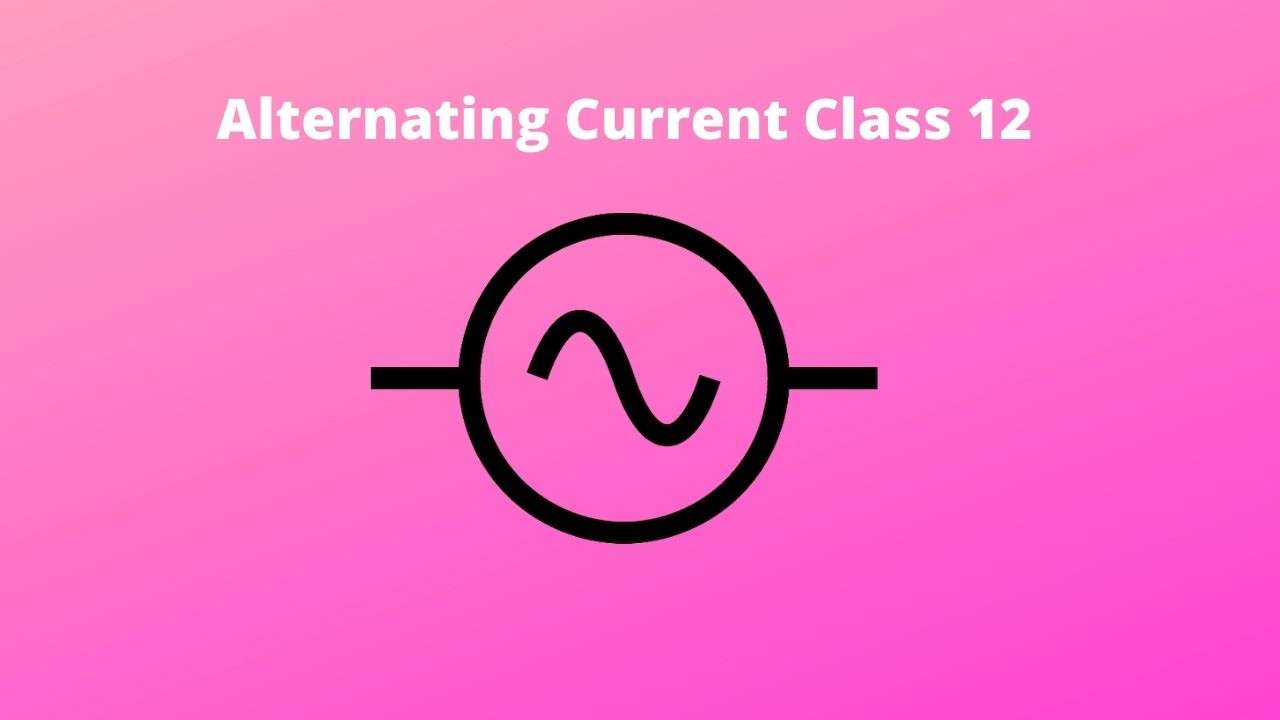 An electric current whose direction changes alternating and whose magnitude varies sinusoidally is called alternating current.

When we find the average value of alternating current over one time period or over a long time period, we get zero because it is positive for the one-half cycle and is negative for the next half-cycle.

It is defined as that the value of a direct current which produces the same heating effect in a given resistor as is produced by the given alternating current when passed for the same time.

It is defined as that value of a steady voltage that produces the same amount of heat in a given resistance as is produced by the given alternating emf when applied to the same resistance for the same time.

A rectangular coil of several turns is made to rotate in between the two pole pieces of the permanent magnet. When the coil rotates magnetic flux through it varies with time and emf induced in it.

It is simply a coil having large inductance and small resistance. It is used in mercury tubes. It is connected in series to reduce the voltage across the mercury tube.

Since the inductor consumes no electric power but helps to reduce the voltage, hence heat produce is very small. This is the main advantage of the choke coil.

Transformer works on the principle of mutual induction.

Due to a change in magnetic flux, emf induces in both coils. Induced emf of the secondary coil is supplied to the external circuit.

The ratio of the number of turns of the primary and secondary coil is called the transformation ratio.

Loss of energy in the transformer

Copper loss: When an electric current passes through the copper coil, heat is produced that is some amount of energy is wastage in the form of heat. To minimize this loss thick copper wire is used in the coil.

Iron loss: When the magnetic field varies with time, an eddy current is produced on the soft iron coil and thermal energy is produced. To reduce this loss, a laminated soft iron coil is used in the transformer.

Since soft iron material has thin hysteresis, hence it is used in a transformer.

Alternating current can be supplied to long-distance because it can be stepped up or down. If electric power is supplied from the generating station at 220V then due to large electric power, the current in the wire will be very large and the amount of heat produced is very high wire can melt during the transmission.

To reduce heat energy thick wire can be used but the installation of thick wire is very difficult and its costs are very high.

To remove this difficulty electric power is transmitted at very high voltage by using the step-up transformer at the generating station. Before the household use, it is step-down with the help of a step-down transfer, thus electric power is supplied at power voltage.

Difference between AC and DC

The important difference between AC and DC are the following:

When a charged capacitor is connected to an ideal inductor, the capacitor gets discharged by sending an electric current to the inductor.