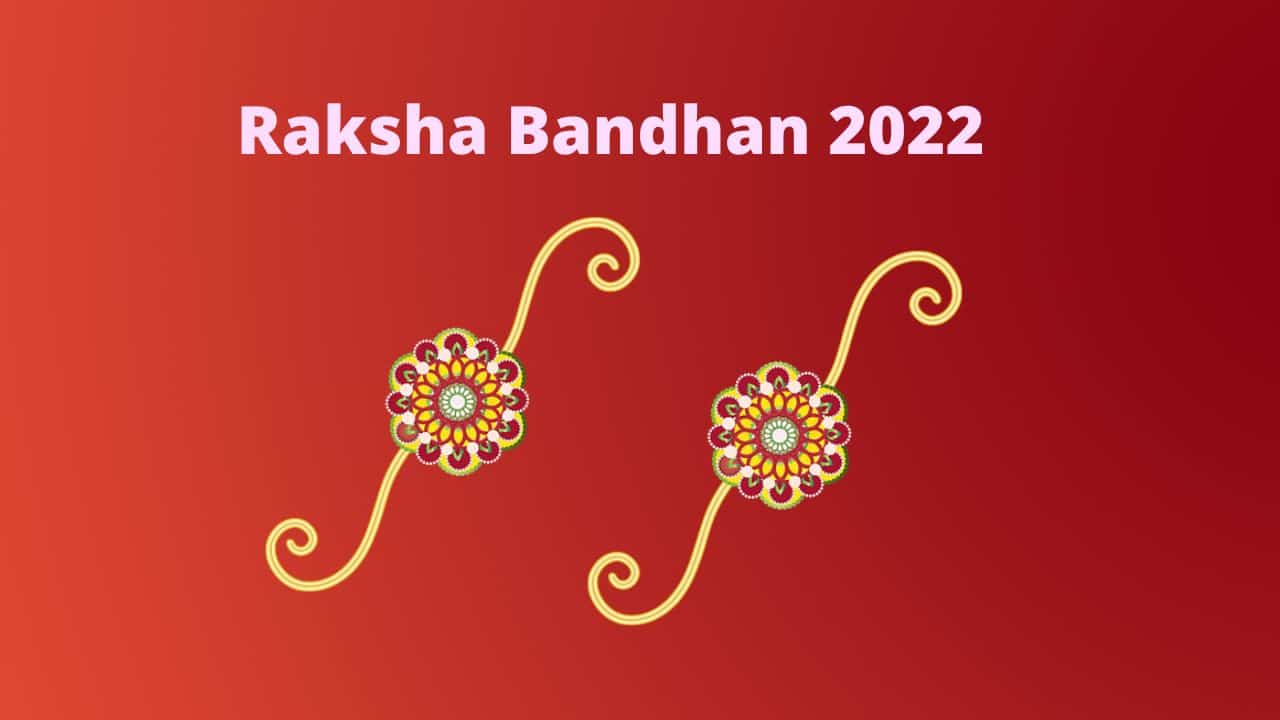 Raksha Bandhan 2022 Celebration: Raksha Bandhan (also called Rakhi) is celebrated on Purnima Tithi (full moon day) in the month of Shravan. This ancient tradition celebrates the bond between brothers and sisters and is celebrated by securing a sacred thread. Traditionally, a sister ties a sacred thread around her brother’s right wrist. However, in today’s time, brothers and sisters, regardless of gender, bless each other with Rakhi.

The bond between brothers and sisters makes us strong in every situation, but whenever this precious time of Raksha Bandhan comes, our bond blooms like a bright flower, hopefully, it will remain so forever. We often fight with each other many times, when we laugh together it makes me happier and more proud. Sometimes our relationship is sweet and sour but we stay like this forever.

Rakhi is a bracelet made of thread and beads woven together. During the RakshaBandhan festival, sisters traditionally tie a special rakhi around their brother’s right wrist to celebrate their bond. Brother promises always to take care of & protect his sisters. Rakhi bracelet is considered a sacred bracelet.

There are different varieties of rakhis made of beads, silk, gold, threads, silver thread, ribbons, sequins, crystals and pearls.

‘Raksha’ means protection and ‘Bandhan’ means bound. The festival is most common among Hindus. However, it is also celebrated by the Sikhs, Jains, and other communities. RakshaBandhan is a festival of brother and sister. On this day sisters tie a special band called Rakhi on their brother’s wrist.

Rakhi Festival is one of those festivals celebrating the relationship of brother and sister. As many of us know that the Rakhi tied by the sister acts as a security thread and also symbolizes the love and affection of the sister. It also states that a brother must give his sister some love and protection.

This year, Raksha-Bandhan Festival will be celebrated on 11 August 2022.

When is Raksha Bandhan 2022 celebrated?

The literally meaning of RakshaBandhan is the bond of protection. It is also known as Rakhi in different parts of India. Rakhi Festival is called Gamha Purnima in Orissa State, Narali Purnima in Western India, Jandhya Purnima in Uttarakhand State, Kajari Purnima in Central India, and Jhulan Purnima in Bengal State.

Why is Raksha Bandhan Celebrated?

One of the famous Raksha-bandhan stories from history is that of Krishna and Draupadi. Once, Krishna’s finger was cut off during a fight with Shishupala (an evil king). At that time Draupadi immediately tore her sari and wrapped it around Krishna’s finger. Because of this sister’s loving act, Krishna promised to save her from any hardship.

Nowadays everyone is busy with their work, but festivals like Raksha Bandhan bring family members and spread happiness and gaiety.

What does Rakhi Signify?

We hope that after reading this article you must have got detailed information about Raksha Bandhan 2022. If you want to ask any queries regarding the Raksha Bandhan 2022 then message us in the comment section, and we will reply to you soon.