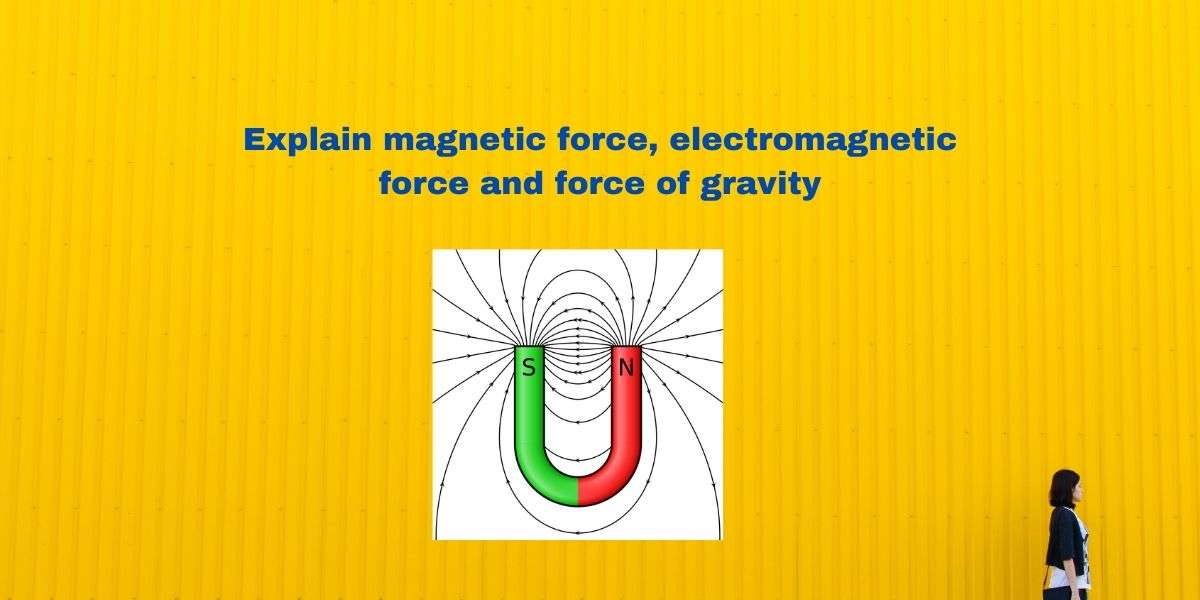 What is Electromagnetic Force?

The phenomenon of the production of EMF due to a change of magnetic flux linked with a closed circuit is called electromagnetic induction.

It is defined as the attractive or repulsive force that is exerted between the poles of a magnet and electrically charged moving particles. It is a consequence of the electromagnetic force, one of the four fundamental forces of nature and is caused by the motion of charges. A magnet is an object which attracts pieces of iron, nickel, steel and copper. Magnetic of electric current is derived by Oersted experiment which concludes that electricity and magnetism are linked with each other. In 1820, Hans Christian Oersted, professor of physics at Copenhagen discovered that there exists a relationship between electricity and magnetism. He observed that a compass needle got deflected on passing an electric current through a metallic wire placed horizontally near it. This shows that current-carrying conductor behaves like a bar magnet. This can be explained by the following activity.

A magnet is an object which attracts pieces of iron, nickel, steel and copper etc is called a magnet. The substance which is found in nature and has an attractive property to attract iron and some of its ores is called natural magnets. The natural magnet has an irregular shape. The earth itself acts as a giant natural magnet.

Artificial magnet is generally made from special iron or steel alloys which are usually magnetized electrically. Therefore, the magnet produced from magnetic materials is called an artificial magnet. It can be shaped in any desired size and shape such as U-shape, bar shape and circular shape.

The basic law of Magnetism It is the force of attraction between any two objects. All the objects in the universe attract each other with a certain amount of force, but in most cases, the gravitational force is too weak to be observed due to the very large distance of separation.

Some important facts about Gravitation

Consider two bodies of masses m1 and m2 and separated by distance r. According to the law of gravitation, the force of attraction F between them is such that

Gravitational constant (G): It is defined as the force of attraction between two bodies of unit mass each and placed a unit distance apart.

Evidence in support of the law of gravitation

Acceleration due to gravity

The acceleration is produced in a freely falling body under the gravitational pull of the earth is called acceleration due to gravity.

Freefall: The motion of a body under the influence of gravity alone is called a free fall.

Weight of a body: It is defined as the gravitational force with which a body is attracted towards the centre of the earth.

Some important questions of the above concept