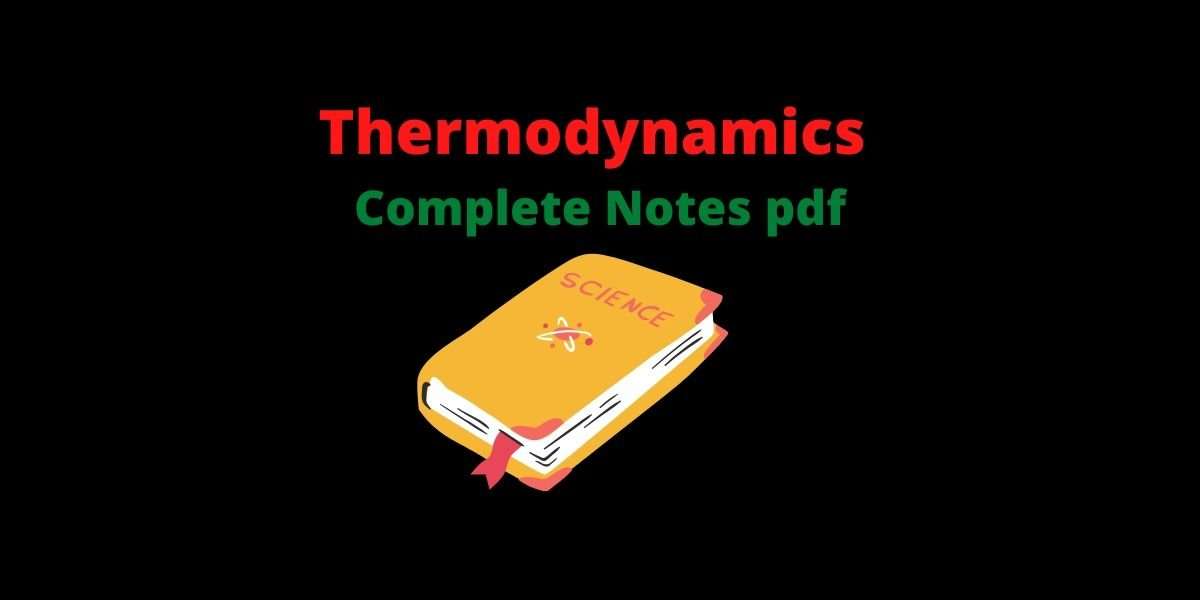 Specifically, thermodynamic focused largely on how the heat transfer is related to various energy changes within a physical system undergoing a thermodynamic process. These processes usually result in work being done by the system and are guided by the laws of thermodynamics.

An assembly of a very large number of particles having a certain value of pressure, volume, and the temperature is called a thermodynamic system.

Surroundings: Everything outside the system which can have a direct effect on the system is called its surroundings.

Equation of State: The mathematical relation between the pressure, volume, and temperature of a thermodynamic system are called its equation of state.

The quantities like pressure (P), volume (V), and temperature (T) which help us to study the behavior of a thermodynamic system is called thermodynamic variables.

Two systems are said to be in equilibrium with each other if they have the same temperature.

Explain the laws of thermodynamic:

There are four thermodynamic laws:-

Thermodynamic is principally based on a set of four laws that are universally valid when applied to the system that falls within the constraints implied by each.

The system is said to be in equilibrium if the small, random exchanges between them (Ex: Brownian motion) do not lead to a net change in energy. The first law provides an empirical definition of temperature and justification for the construction of practical thermometers.

Internal Energy: It is the sum of molecular kinetic and potential energies in the frame of reference relative to which the center of mass of the system is at rest.

The first law of thermodynamics

The thermodynamic first law states that the internal energy of an isolated system is constant. The first law is an expression of the principle of the conservation of energy which is usually formulated by assuming that the change in the internal energy of a closed thermodynamic system is equal to the difference between the heat supplied to the system and the amount of work done by the system on its surroundings.

Limitations of the first law of thermodynamics

The second law of thermodynamics

The thermodynamic second law states that heat cannot spontaneously flow from a colder location to a hotter location. It being more an expression of the universal principle of decay observable in nature explains the phenomenon of irreversibility in nature.

The entropy determined relative to this point is the absolute entropy. The entropy of all systems and of all states of a system is the smallest at absolute zero, or equivalently however it is impossible to reach the absolute zero of temperature by any finite number of processes.

Absolute zero refers to the temperature at which all activity would stop if it were possible to happen. It is -273.16 degrees Celsius or -459.67 degrees Fahrenheit or 0 K.

Cause of the thermodynamic system

A thermodynamic system can be classified and distinguished into three classes of systems as listed in the table given below:

As time passes in an isolated system, internal differences in the system tend to even out and pressures and temperatures tend to equalize, as do density differences. A system in which all equalizing properties and processes have gone to completion is considered to be a state of thermodynamic equilibrium.

The thermodynamic processes which develop so slowly as to allow each intermediate step to be an equilibrium state are said to be reversible processes.

Conditions for an isothermal process

These are different quantitative measures of the stored energy in a system. Potentials are used for measuring energy changes in systems as they evolve from an initial state to a final state. The potential used depends on the constraints of the system, such as constant temperature or pressure. The five most well-known potentials are:

A graphical representation of the state of the system with the help of two thermodynamic variables is called an indicator diagram.

Different between Cyclic and Non-Cyclic process

Cyclic process: Any process in which the system returns to its initial state after undergoing a series of changes is known as a cyclic process.

Non-Cyclic process: A non-cyclic process is one in which the system does not return to its initial state.

Specific Heats of a Gas

If gas is heated, its volume and pressure change with the increase in temperature. So the amount of heat required to raise one gram of gas temperature through 1 degree Celsius is not fixed. That is a gas does not possess a unique or single specific heat. A gas can have any value of specific heat depending on the conditions under which it is heated.

Limited specific heat of a gas

Suppose the mass (m) of a gas enclosed in a cylinder fitted with an air-tight and frictionless piston.

It is defined as the amount of heat required to raise the temperature of 1 mole of gas through 1-degree celsius at constant volume. It is denoted by CV.

It is defined as the amount of heat required to raise the temperature of 1 mole of gas through 1-degree celsius at constant pressure. It is denoted by Cp.

It is a device that converts continuously heat energy into mechanical energy in a cyclic process.

The efficiency of a heat engine

The efficiency of a heat engine is defined as the ratio of the net work done by the engine in one cycle to the amount of heat absorbed by the working substance from the source.

In such a heat engine, the heat needed for the working substance is produced by burning the fuel outside the cylinder and piston arrangement of the engine. A steam engine is an external combustion engine.

In such a heat engine, the heat needed for the engine is produced by burning the fuel inside the main cylinder. The petrol and diesel engines are internal combustion engines.

Different between Reversible and Irreversible process

Any process which can be made to process in the reverse direction by variation in its conditions such that any change occurring in any part of the direct process is exactly reversed in the corresponding part of the reverse process.

Any process which cannot be retraced in the reverse direction exactly is called an irreversible process.