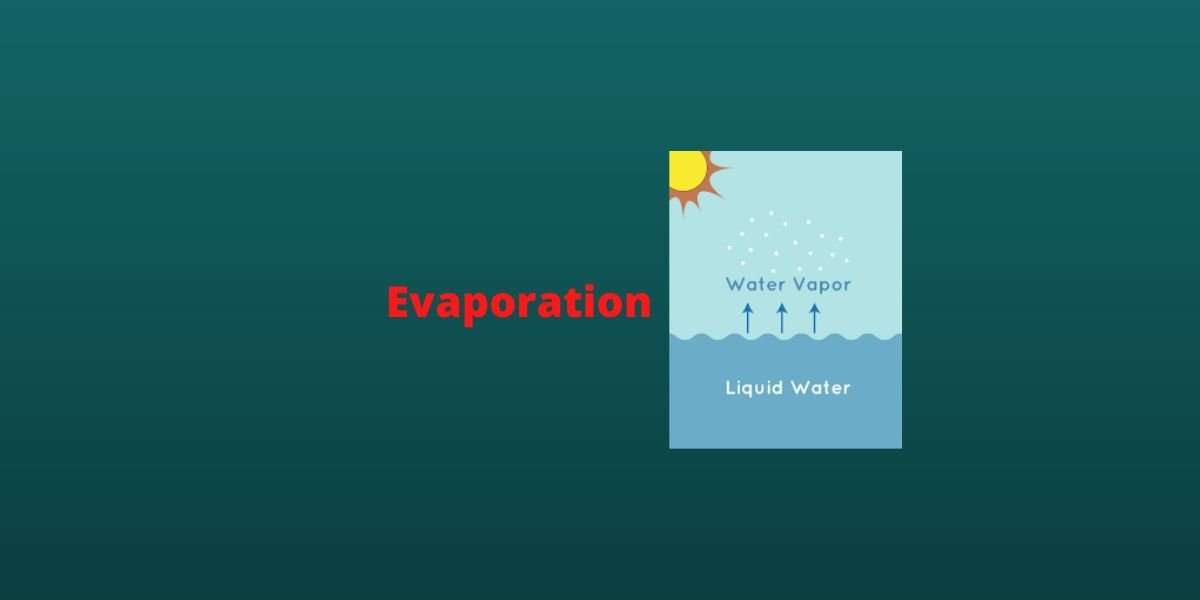 The process of a liquid changing into vapor even below its boiling point is known as evaporation. It does not depend on mass. It occurs at any temperature. Evaporation causes cooling. In the water cycle, evaporation occurs when sunlight warms the surface of the water. The heat from the sun makes the water molecules move faster and faster until they move so fast they escape as a gas. The evaporation of water from the ocean is a major component of the hydrologic cycle.

Factors affecting the rate of evaporation

Surface area: The rate of evaporation increases by increasing the surface area of the liquid.

The humidity of air: Decrease the humidity increases the rate of evaporation.

Temperature: The rate of evaporation increases by increasing the temperature of the liquid.

Wind speed: The rate of change of a liquid increased with increasing wind speed.

Cooling caused by evaporation: Evaporation causes cooling because the process requires heat energy. The energy is taken away by the molecules when they convert from liquid to gas, and this causes cooling on the original surface.

The boiling point of water is 100°C

The boiling point of alcohol is 78°C

The heat energy required to convert 1 kilogram of a solid into liquid at atmospheric pressure, at its melting point is called the latent heat of fusion.

The heat energy required to convert 1 kilogram of liquid into gas, at atmospheric pressure, as its boiling point, is known as the latent heat of vaporization.