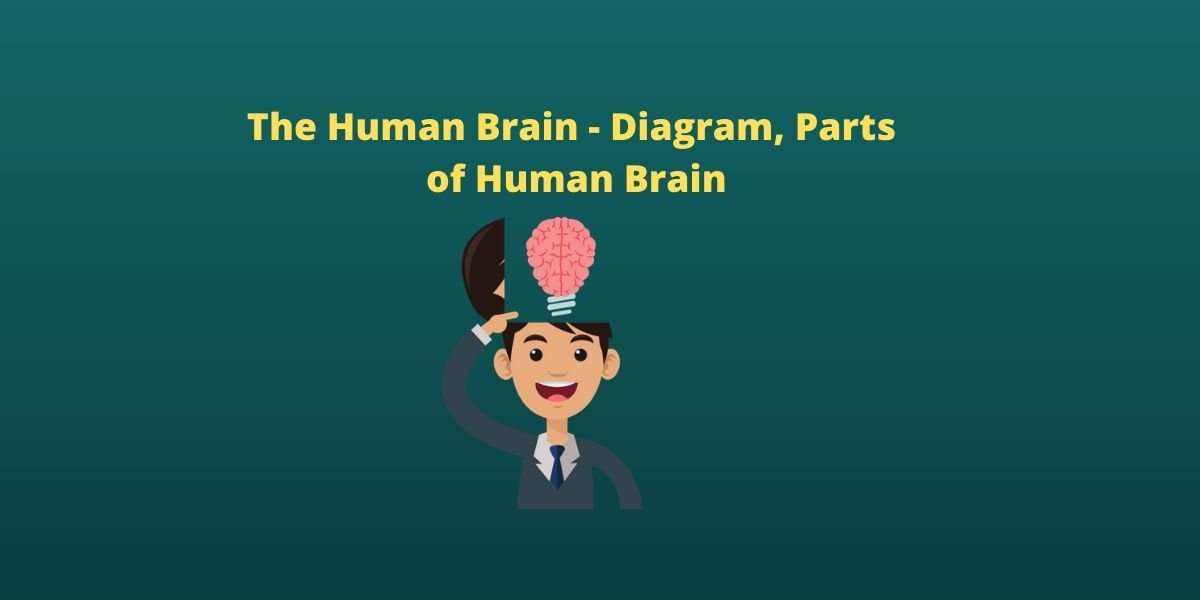 Let’s start the introduction of the Human Brain

The study of the brain is called Neurology.

The brain is broadly divided into three regions:

It includes the cerebrum, Thalamus, and Hypothalamus. The main thinking part of the brain is Forebrain.

The cerebrum is the dome-shaped roof of the brain.

For example, The cerebrum has sensory areas where information is received from the sense organs called receptors. Similarly, the cerebrum has motor areas from where instructions are sent to the various muscles of the body called effectors to do the various jobs.

There are specific regions in the cerebrum for each kind of stimulus and response.

Structure of lobes of the human brain The occipital lobe is the region for sight, e., visual reception.

The temporal lobe is the region for hearing, e., auditory reception.

The frontal lobe is the region for speech, facial muscular activities and higher mental

The parietal lobe is the region for Smell, taste, touch, and conscious

Olfactory lobes in the fore-brain lie below the cerebrum. They contain olfactory receptors which are the organs of

It controls the function of the Nose, Tongue, and Skin.

It connects the forebrain to the hindbrain. The midbrain controls reflex movements of the head, neck, and trunk in response to visual and auditory stimuli.

It consists of three centers called the cerebellum, pons, and medulla.

Cerebellum: It lies at the roof of the hindbrain. This region controls the coordination of body.

Pons lies just above the medulla and takes part in regulating respiration. It regulates the breathing rate. It transfers the pain signal of the spinal cord to the hypothalamus.

Medulla oblongata lies at the floor of the hindbrain and continues into the spinal cord. It is also the regulating center for swallowing, coughing, sneezing and vomiting.

It is a cylindrical structure and a part of the central nervous system. It is made up of nerves that supply information to think. The spinal cord is active when the brain is busy. It is also called the 2nd brain of the human body.

It consists of the cranial and spinal nerves along with their branches.

It is a green color chemical in which neurons transfer the signal from the brain to all organs and all organs to the brain.

Some important question of Human Brain

Answer: The Cerebrum is a part of the forebrain. It is the site of our faculties such as reasoning, learning, intelligence, personality, and memory.

Answer: The rapid, automatic response to a stimulus that is not under the voluntary action of the brain is called reflex action. Example: Moving our hands away on touching a hot plate.

Answer: The functions of our nervous system are:

Answer: The unit which makes up the nervous system is called a neuron. Answer: The voluntary nervous system is a system that helps us to take voluntary actions that are under the conscious control of the brain. Example: If a student is getting late for school and sees his watch. He starts walking fast. In this process, the eyes see the time and send the information to the brain through the sensory nerves. When the brain analyses the information and sends the instructions to walk faster to the muscle of our legs through the motor nerves. The muscles of the legs act accordingly and make the student walk faster.

Answer: The autonomic nervous system means a self-governing nervous system. Its function is to control and regulate the functions of the internal organs of our body involuntarily.

Answer: The major organs of the nervous system are the brain, spinal cord, and nerves.