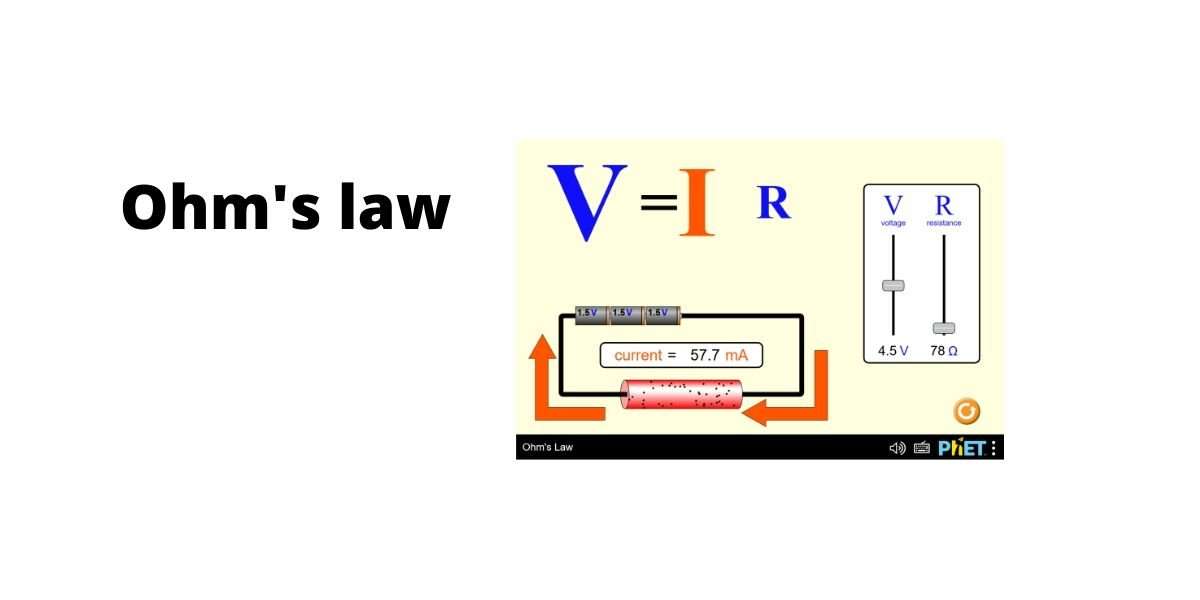 State Ohm’s law and its application The formula for ohm’s law is V=IR. SI Unit of resistance is the ohm. This relationship between current, voltage and this relationship was discovered by German Scientist George Simon Ohm. Lets us learn more about Ohms law, Resistance, and current.

I α V    (At Constant temperature)

It is obvious from this relation:

(i) The current is directly proportional to the potential difference(v).

(ii) The current is inversely proportional to resistance(R)

The resistance of the conductor: The property of a conductor due to which it opposes the flow of current through it is called resistance.

1 ohm: One ohm is the resistance of a conductor such that when a potential difference of 1 volt is applied to its ends, a current of 1 ampere flows through it.

Ohm’s law helps us in determining either current, voltage, or impedance, or resistance of a linear electric circuit when the other two quantities are known to us. It also makes power calculations simpler.

1 thought on “State Ohm’s law and Its Application & Limitation”