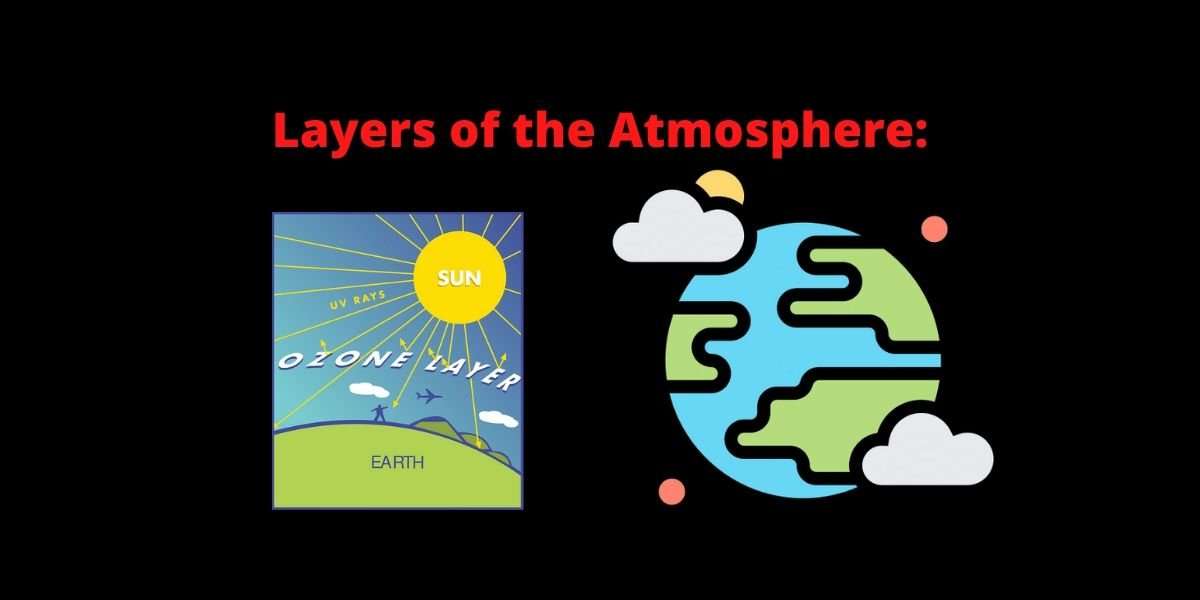 Explanation of Layers of Atmosphere

Layers of the atmosphere diagram

How many layers of the atmosphere?

There are 5 layers of the atmosphere:

Now, Explain the layers of the atmosphere in order:

Storms take place in the troposphere, which contains about 75 percent of the atmosphere. The troposphere extends 8 km up from Earth’s surface at the North and South poles and 16 km at the Equator. It gets cold near the top, as low as 75-degree temperature.

The stratosphere lies directly above the troposphere and is about 35 km deep. It dilates from about 15 to 50 km above the Earth’s surface. The stratosphere is warmer at the top than at the bottom. The lower portion has a near-constant temperature, but in the upper portion, the temperature increases with altitude because of the absorption of sunlight by ozone.

The stratosphere contains a thin layer of ozone molecules which forms a protective layer shielding life on Earth from the Sun’s harmful ultraviolet radiation. The maximum concentration of ozone gas present between 20 km and 35 km. Here in the mesosphere, the atmosphere is very rarefied nevertheless thick enough to slow down meteors hurtling into the atmosphere, where they burn up, leaving fiery trails in the night sky.

The thermosphere dilates from 80 km above the Earth’s surface to outer space. The temperature is hot, as high as thousands of degrees as the few molecules that are present in the thermosphere receive extraordinarily large amounts of energy from the Sun.

It compares to the heterosphere, a zone where there is no uniform distribution of gases, instead, they are layered, in accordance with their molecules’ masses. In contrast, the gases in the homospere (consisting of the troposphere, stratosphere, and mesosphere) are uniformly distributed.

Even though the air there is thin, it absorbed so much solar radiation that the temperature can reach up to 230 degrees Celsius. Within the temperature are the ionosphere and magnetosphere. The ionosphere contains electrically charged particles that can interfere with radio broadcasts. Charged particles in the magnetosphere are affected by Earth’s magnetic field and under the right conditions, create the beautiful, shimmering Northern and Southern Lights.

The ionosphere is a region of Earth’s upper atmosphere, from about 60 km to 1000 km altitude, and includes the thermosphere and parts of the mesosphere and exosphere. It is ionized by solar radiation, plays an important part in atmospheric electricity, and forms the inner edge of the magnetosphere. It has practical importance because, among other functions, it influences radio propagation to distant places on the Earth.

When electromagnetic waves come from the sun collide with electrically charged particles of the ionosphere then after the explosion, it produces a bright light that is called Aurora.

It is the outermost layer of the atmosphere, situated just above the thermosphere. The farthest layer is 640 to 64000 km above Earth’s surface. The air dwindles to nothing as molecules draft into space.