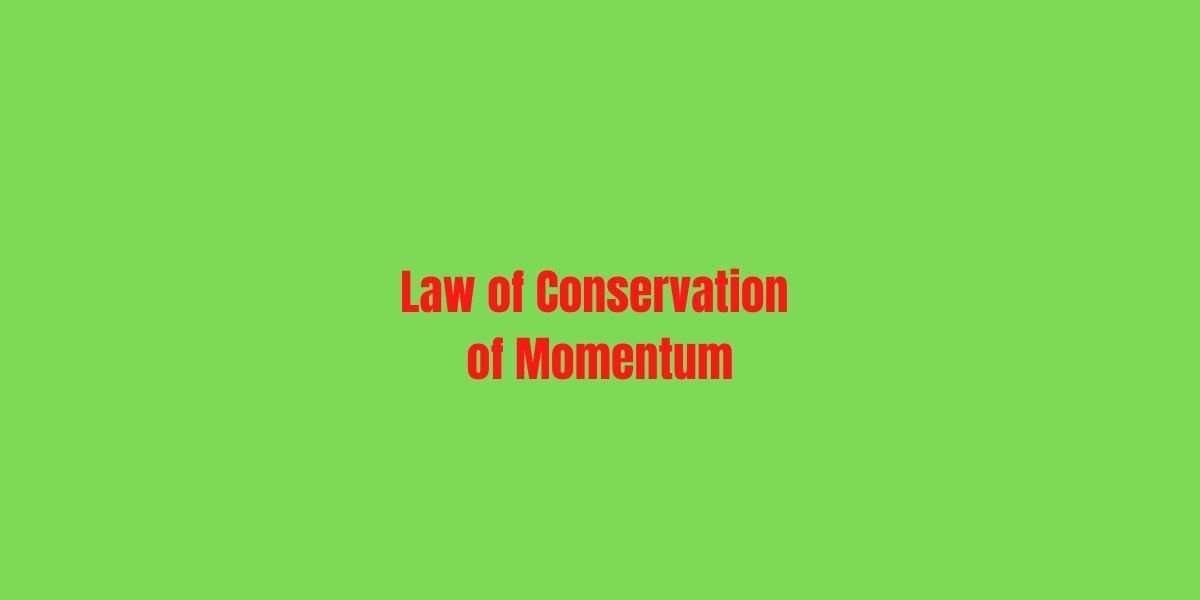 Law of Conservation of Momentum

Law of Conservation of Momentum- It states that for two objects colliding in an isolated system, the total momentum before and after the collision is equal. This is because the momentum lost by one body is equal to the momentum gained by the other.

Examples of  conservation of momentum

Derivation of conservation of momentum

Consider two colliding particles A and B whose masses m 1 and m 2 with initial and final velocities as u 1 and v 1 of A and u 2 and v 2 of B. The time of contact between two particles ‘t’. In the case of gun and bullet system

When a bullet has fired a gun, the gun exerts a force on the bullet in the forward direction. This is the action force. The bullet exerts an equal force on the gun but in the opposite direction.

This is the reaction force. Due to the large mass of the gun, it moves only a little distance backward by giving a jerk at the shoulder of the gunman or soldier. The backward movement of the gun is known as the recoil velocity of the gun.

According to the law of conservation of momentum:

The momentum of a particle represented by the letter ‘p’ is the product of two quantities: mass and velocity.