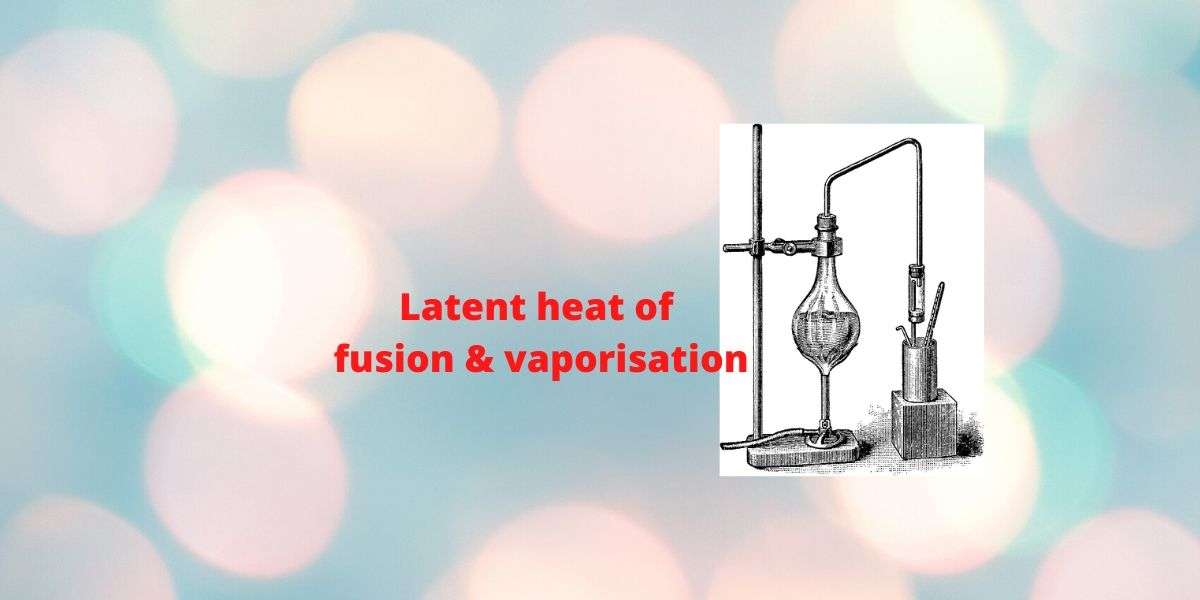 The heat energy which has to be supplied to change the state of a substance is known as its latent heat.

The heat energy required to convert 1 kilogram of a solid into liquid at atmospheric pressure, at its melting point is called the latent heat of fusion.

The heat energy required to convert 1 kilogram of liquid into gas, at atmospheric pressure, as its boiling point, is known as the latent heat of vaporization.

Change of state of matter

Physical states of matter can be inter-converted into each other in the following ways:

1. By changing the temperature

2. By changing the pressure

Effect of change of temperature

Melting: The process in which a solid substance changes into a liquid on heating, is known as melting. It is also called fusion.

Melting point: The temperature at which solid melts to become a liquid at the atmospheric pressure is known as its melting point.

The melting point of ice = 0°C

The boiling point of alcohol = 78°C

On cooling a gas like steam (or water vapor), the kinetic energy of its particles is lowered down, causing them to move slowly and bringing them closer, forming a liquid.

Condensation: The process of changing a gas (or vapor) to a liquid by cooling is known as condensation.

Liquid to solid change: When a liquid is cooled down by lowering its temperature, its particles lose the kinetic energy and come to a stationary position, causing the liquid to turn to solid.

Freezing: The process of changing a liquid into a solid by cooling is known as freezing. It means solidification.

Freezing point: The temperature at which the state of substance changes from a liquid to a solid is called the freezing point of that substance.