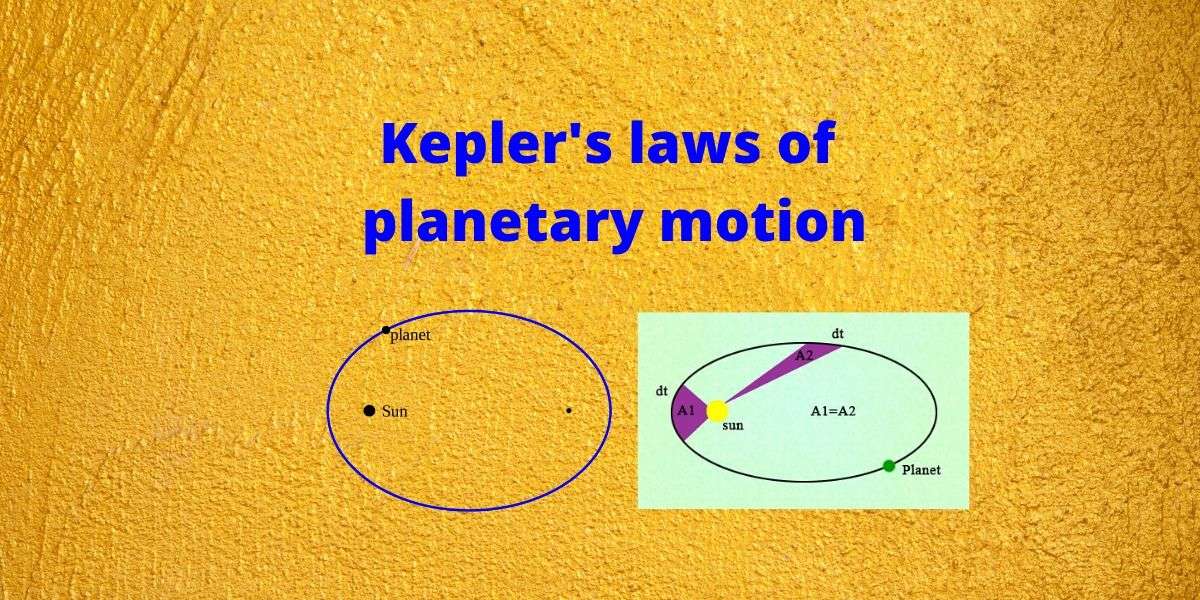 Johannes Kepler was a 16th-century astronomer who established three laws that govern the motion of a planet around the sun. These laws are called Kepler’s laws of planetary motion.

The orbits of the planets are an ellipse, with the sun at one focus. This law means that the orbit of a planet around the sun is an ellipse (oval-shaped) and not an exact circle. A line joining a planet to the Sun sweeps out equal areas in equal times as the planetary travels around the ellipse.  A planet moves faster when it is closer to the sun and moves slowly when it is farther from the sun.

In any given amount of time, 30 days, for instance, the planet sweeps out the same amount of area regardless of which 30-day period you choose. Therefore the planet moves faster when it is nearer the Sun and slower when it is further from the Sun.

A planet moves with constantly changing speed when it moves about its orbit. The fastest a planet moves are at perihelion and the slowest is at aphelion. The square of the total time period, T of the orbit is proportional to the cube of the average distance of the planet to the Sun, R.

This law is sometimes known as the law of harmonies. It compares the orbital time period and radius of an orbit of any planet, to those of the other planets. The discovery Kepler made is the ratio of the squares of the revolutionary time periods to the cubes of the average distances from the Sun, is the same for every planet.

where,r = mean distance of the planet from the sun

T = time period of the planet

Explain every object in the universe attract every other object

Force of attraction was first observed by Sir Isaac Newton and presented as Newton’s law of gravitation.

According to Sir Isaac Newton, every object in this universe attracts every other object with a certain force. This force with which two objects attract each other is called gravitational force.

If the masses of the objects are small, then the gravitational force between them is very small (which cannot be detected easily).

If one of the objects is big having a very large mass, then the gravitational force becomes very large and its effect can be seen easily.

Each body in this universe attracts other bodies toward itself with a force known as Gravitational force. Out of the two masses, the heavier mass is called source mass and the lighter mass is called test mass.