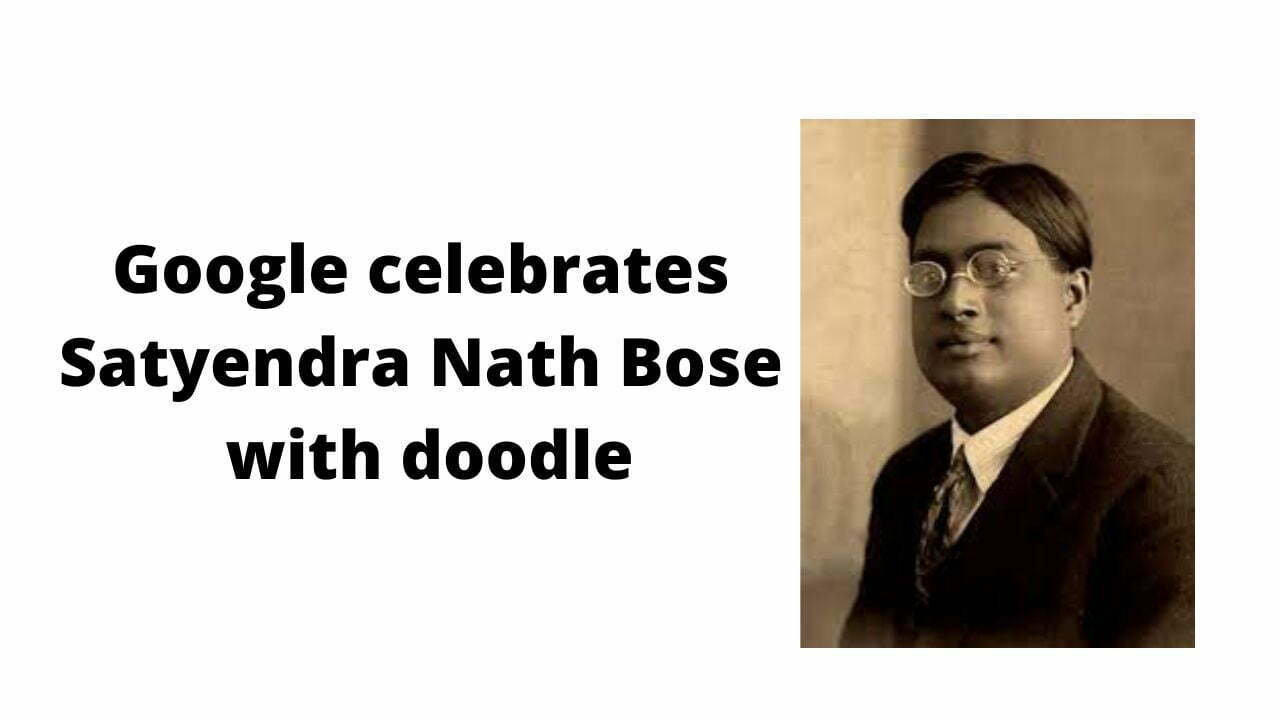 Google celebrates Satyendra Nath Bose with doodle: Google on 4th June 2022 created a special doodle to celebrate Indian physicist Satyendra Nath Bose and his contribution to Bose-Einstein statistics. Bose sent his theory to Albert Einstein on this day in 1924, who immediately recognized it as an important discovery in quantum mechanics.

Bose’s important discovery in quantum mechanics was recognized by Albert Einstein, who applied the Indian physicist’s formula to a wider range of phenomena.

Born on January 1, 1894, Satyendra Nath Bose studied in Calcutta and was meritorious in his studies. A Google blog post said that Bose’s father encouraged his interest in mathematics by writing an arithmetic problem before going to work every day. At the age of 15, he began pursuing a Bachelor of Science degree at the Presidency College, Calcutta, and soon thereafter obtained a master’s degree in applied mathematics at the University of Calcutta.

By 1917, Satyendra Nath Bose started giving lectures on physics. While teaching Planck’s radiation formulas to postgraduate students, Bose questioned the way particles were calculated and began to experiment with his theories. He documented his findings in a report entitled Planck’s Law and the Hypothesis of Light Quanta and sent it to a major science journal known as The Philosophical Magazine. When his research was rejected, Satyendra Nath Bose decided to mail his paper to Albert Einstein.

For his tremendous contribution to physics, Satyendra Nath Bose was awarded the Padma Vibhushan, the country’s second-highest civilian award. Bose was also appointed as the National Professor, the highest honor in India for scholars.

Satyendra Nath Bose served as the president of several scientific institutions, including the Indian Physical Society, the National Institute of Science, the Indian Science Congress, and the Indian Statistical Institute. Bose was also an advisor to the Council of Scientific & Industrial Research, and later became a Fellow of the Royal Society.