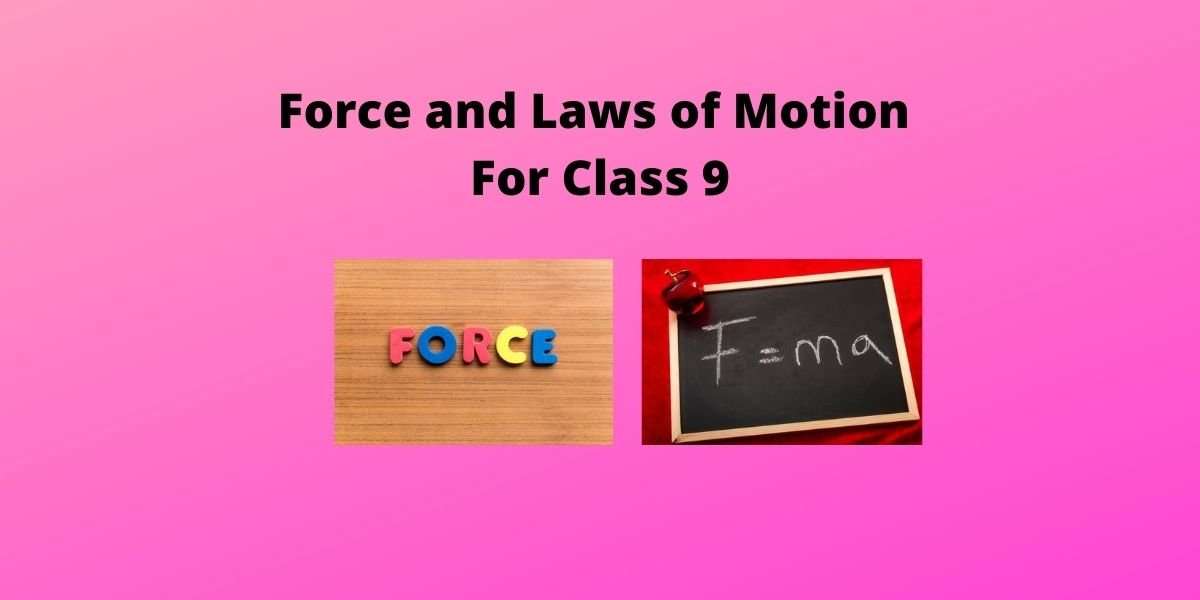 The Force and Laws of Motion

Note: (i) Force has a magnitude and a direction. It is a vector quantity.

When two forces are equal in magnitude but opposite in direction acting on the same body, we get the net forces acting on a body equal to zero. Balanced forces do not change the state of rest or of uniform motion of an object.

When two forces are unequal in magnitude but in opposite directions acting on the same body, we get the net forces acting on a body unequal and non-zero. Unbalanced forces do bring change the state of rest or of uniform motion of an object.

Newton has given three laws to describe the motion of the objects. These three laws are called Newton’s laws of motion.

In other words, an object at rest remains at rest, or if in motion, remains in motion at a constant velocity that tends to retain its inertia until and unless acted on by a net external force. Newton’s first law of motion is also comes to be considered as the law of inertia.

(i) Newton’s first law is also called the law of inertia.

The inherent property of a material body by virtue of which it cannot change, by itself, its state of rest or of uniform motion in a straight line is called inertia.

Example: 1. When a hanging carpet is beaten with a stick, the dust particles start coming out of it.

The momentum of a particle is the product of two quantities (mass and velocity).

The rate of change of linear momentum of a body is directly proportional to the applied force and the change takes place in the direction of the applied force. Newton’s second law gives us a relationship between the force applied to a body and the acceleration produced in the body.

Newton’s 3rd law state that to every action there is an equal and opposite reaction.

(i) Newton’s third law is also called the action-reaction forces. 2 thoughts on “Force and Laws of Motion For Class 9”