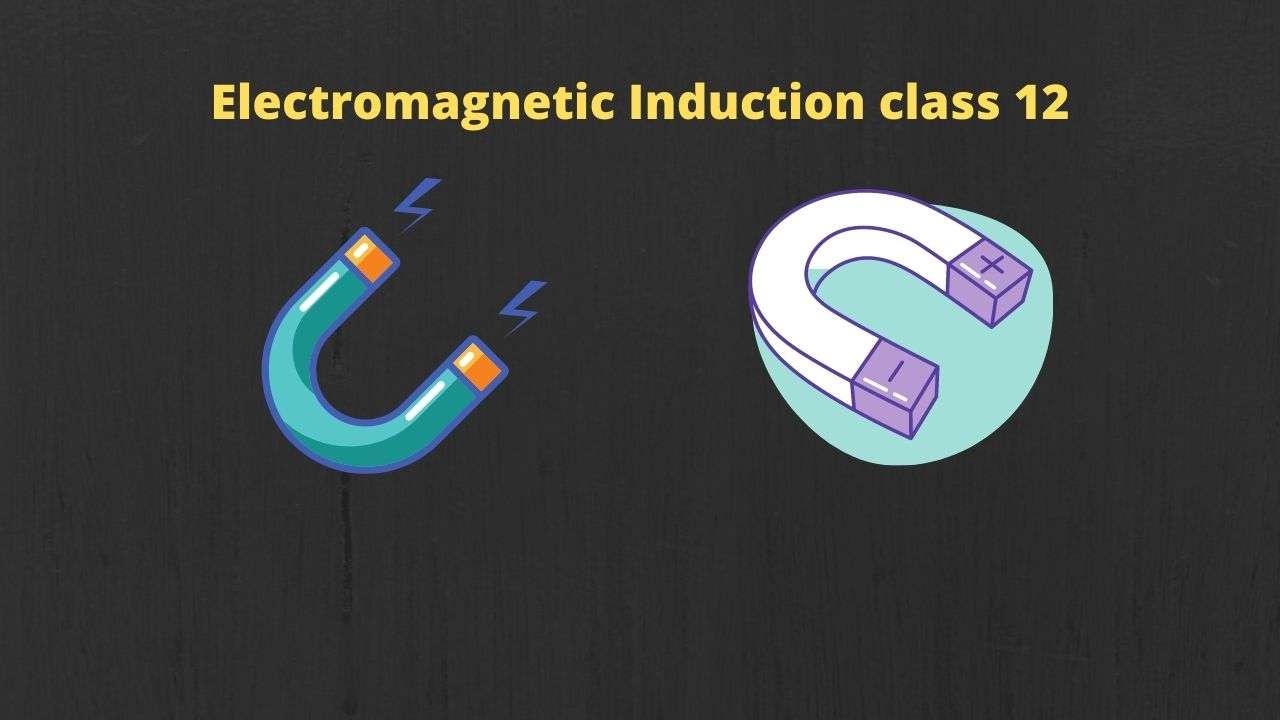 According to the CBSE syllabus, Unit-4 Electromagnetic induction class 12 and alternating currents carry 8 marks in the CBSE board exam. CBSE Digital Education provides the best notes of physics class 12 chapter-6 that are per the latest syllabus of CBSE syllabus.

What is electromagnetic induction?

When magnetic flux over a conducting loop is change then an emf develops in this loop. This emf is called induced emf and this phenomenon is called electromagnetic induction. Faraday performed an experiment with the help of a magnet and coil. During this experiment, he found how emf is induced in the coil particularly when flux linked with it changes.

Relationship between induced e.m.f. and flux when a bar magnet is held stationary or moved close or away from the coil.

In this Faraday’s experiment, Faraday concluded that whenever there is a relative motion between the conductor and a magnetic field, the flux linkage with a coil changes, and this change in flux induces a voltage across a coil.

The magnitude of the induced electromotive force (emf) is equal to the rate of change of flux linkages.

Suppose a coil has N turns and flux through its changes from the initial value of Ø1  Weber to the final value of Ø2 webers in time t seconds. But as flux linkages equal to the product of the number of turns by the flux linked with the coil,

Putting the above equation in  differential form, we get

Usually, a minus sign is given to the right-hand side expression to signify the fact that the induced e.m.f. sets up a current in such a direction that the magnetic effect produced by it opposes the very cause producing it.

The law considered analogous to Newton’s third law in classical mechanics is the third law of electromagnetic induction. It is named after Russian physicist Heinrich Lenz who formulated it in 1834.

This law states that the direction induced in a conductor by changing the magnetic field due to Faraday’s law of induction will be such that it creates a field that opposes the change that produced it.

Lenz’s law is shown by the negative sign in Faraday’s law of induction which indicated that the induced voltage (ε) and the change in magnetic flux (dØ) have the opposite signs. It is a qualitative law that specifies the direction of induced current but says nothing about its magnitude.

When the magnetic flux linking a coil increases, the direction of current in the coil will be such that it will oppose the increase in flux and thus the induced current will produced its flux in a direction as shown below (using right- hand thumb rule).

If magnetic flux linking a coil is decreasing, the flux produced by the current in the coil is such that it will aid the main flux and hence the direction of current is shown below:

Lenz’s law and the law of conservation of energy

When a magnet is moved towards or away from a closed coil, the induced current always opposes the motion of the magnet, as predicted by Lenz’s law. For example, if the north pole of a magnet is brought closer to a coil, its face towards the magnet develops north polarity and hence repels the North Pole of the magnet. Work has to be done in moving the magnet closer to the coil against this force of repulsion.

Suppose that Lenz’s law is not valid. Hence the induced current flows through the coil in a direction opposite to one dictated by Lenz’s law of electromagnetic induction. The resulting force on the magnet makes it move faster and faster, i.e, the magnet gains speed and hence kinetic energy without expending an equivalent amount of energy. This sets up a perpetual motion machine, violating the law of conservation of energy. This Lenz’s law is valid and is a consequence of the law of conservation of energy.

The main application or uses of Lenz’s law are the following:

If a piece of metal is placed in a varying magnetic field or rotated with speed in a uniform magnetic field, then the induced currents set up in the piece are like a whirlpool of air known as eddy current.

Application of eddy currents is used in the following devices:

The phenomenon of production of induced emf in a circuit due to change in the current flowing on its own is known as self-induction.

Self-inductance depends on the shape and size of the conducting loop, also on the medium.

Sparking: The break of a circuit is very sudden. If the circuit is switched off, a largely self-induced emf is set up in the circuit in the same direction as the original emf. This causes a big spark across the switch.

Non-inductive winding: In post office boxes and resistance boxes, different resistance coils have to be used. Here the wire is first doubled over itself and then wound in the form of a coil over a bobbin. The inductive effects of the 2 halves of the wire, being in opposite directions and cancel each other. The net self-inductance of the coil is minimum. Such a winding of coils is called non-inductive winding.

The phenomena of production of induced emf in a circuit due to the change in magnetic flux in its neighboring circuit is known as mutual induction. (b) When two coil of inductances L1 and L2 are connected in parallel and the coefficient of coupling k = 0 as in parallel, then If the coefficient of coupling is K = 1, then

(a) If the current in two coils are in the same direction, then

(b) If the current in two coils are in opposite directions, then

(a) If the current in two coils are in the same direction, then

Answer: When a conducting wire moves in a magnetic field then due to magnetic force positive charge is accumulated at one end and a negative charge is accumulated at its other ends due to these charges electric field develops in the wire and thus potential difference develops between the two ends of conducting wire. This potential difference is known as motional emf.

Let a conducting wire of length (l) moves with velocity (v) in a uniform magnetic field (B).

Answer: It is defined as the net change in magnetic flux divided by total time.