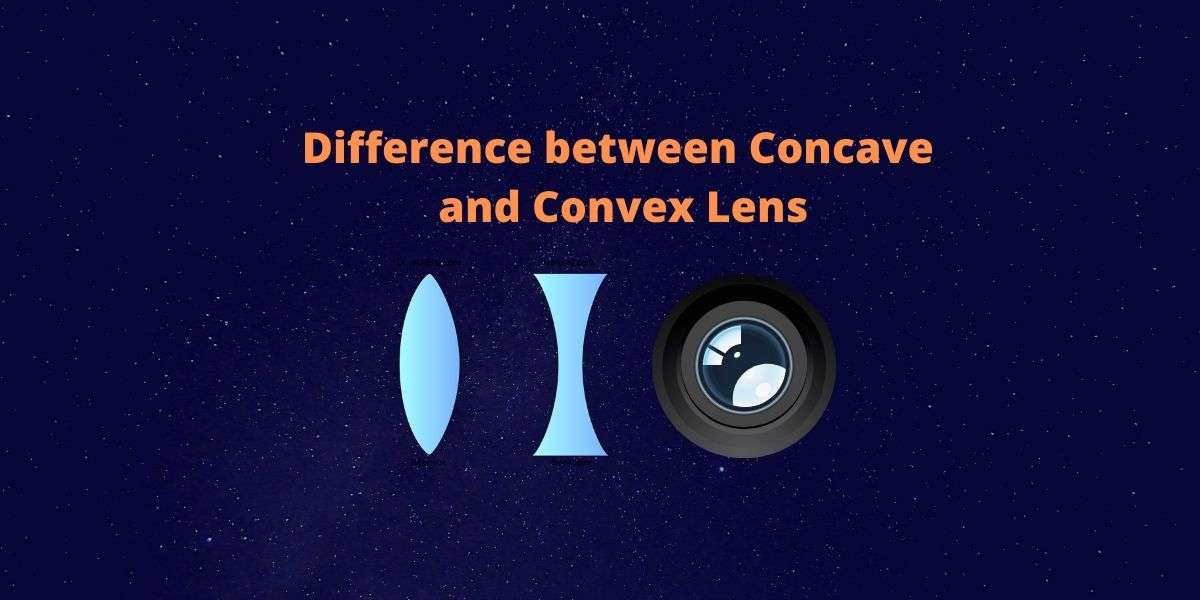 Let’s start with the introduction of the Difference between Concave and Convex Lens. After reading this article, everyone will be able to question this topic.

What is the difference between Concave and Convex Lens? What is a Concave Lens?

What is a Convex lens? The important term associated with the concave and convex lens

For the refraction by a spherical lens, we assume

The principal focus of the convex lens

Suppose a parallel beam of light is incident on one of the spherical surfaces of a convex lens, the rays after refraction through it, meet at a fixed point on the principal axis, this point is known as the principal focus of the convex lens.

The principal focus of the concave lens

The focal length of the lens

The distance of the principal focus from the optical centre of the spherical lens is called the focal lens of the lens. It is denoted by ‘f’. If the lens is surrounded by the same medium having equal refractive indices and an equal radius of curvature, then the two principal focal lengths of the lens will be equal.

The focal length of the lens depends upon the following factor:

Difference between concave lens and a convex lens in tabular form

Let’s start the explanations about the difference between the concave and convex lens in the table:

How to find Focal Length

To get a rough focal length of a convex lens, focus a distant object to a screen, using the convex lens. The distance between the lens and the screen is called the focal length.

The important fact of the concave and convex lens

Uses of Concave and Convex Lens

Uses of the concave lens

Uses of the convex lens The word ‘magnify’ means to make something look bigger or larger than it actually is. A convex lens is also known as a magnifying glass. A magnifying glass is used to read the very small print of a book conveniently. It is also used in the science laboratory to observe the various body parts of small animals such as a cockroach or earthworm clearly. A watchmaker uses a magnifying glass to see the small parts inside a watch clearly. It is also used by palmists to see the details of the lines of our hands.

Read this article and solve the important question of this topic. It is being given to all questions for homework.

1. What are convex and concave lenses?

2. What are the uses of convex lenses and concave lens?

3. What are two examples of a concave lens?

4. What are the five uses of the convex lens?