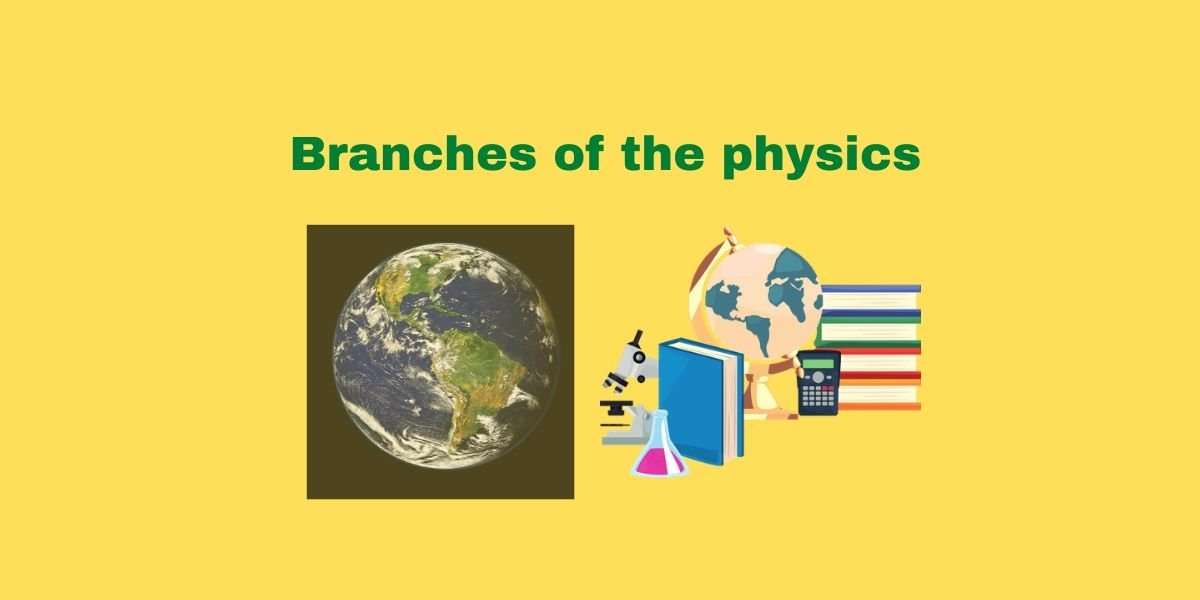 The word ‘physics’ comes from the Greek word phusike meaning ‘knowledge of nature, and in general, the field aims to analyze and understand the natural phenomena of the Universe.

It involves the performing of experiments and their successive repetitions to formulate laws and explain how the universe works. These laws (such as Newton’s laws of motion and Gravity) are so thoroughly tested that they are accepted as truths and can be used to help us predict how other things will behave.

It is considered to be the most fundamental science. Physics provides a basis for all other sciences, without physics, one can’t have a proper understanding of biology, chemistry, or anything else.

What are the Branches of the Physics? It is the branch of physics that mainly deals with the laws of motion and gravitation of Sir Isaac Newton and James Clark Maxwell’s kinetic theory and thermodynamics. Classical physics is mainly concerned with energy and matter. In classical physics, matter and energy are considered separate entities.

It is the branch of physics that deals with constituents, structure, behavior, and interactions of nucleons and the atomic nucleus. Nuclear physics is usually described as “the branch of physics in which the structure, forces, and behavior of the atomic nucleus are studied. In the modern age, it is used in power generation, nuclear weapons, medicines such as radiotherapy, etc. It is the branch of physics that deals with the composition of an atom apart from the nucleus. Atomic physics is mainly concerned with the arrangement and behavior of electrons in the shells around the nucleus. It is described as the interdisciplinary study of biological phenomena and problems, using the principles and techniques of physics. Biophysics studies only the biological problems and structure of molecules in living organisms in light of the techniques derived from physics. One of the best achievements of biophysics is the structure of DNA discovered by x-ray Crystallography.

It is the branch of physics that deals with the study of the earth. Geophysics is mainly concerned with the shape, structure, and composition of the earth. It also studies the gravitational force, magnetic fields, earthquakes, the eruption of volcanoes, etc. their causes and effects. In recent times, particle physicists have made great strides in their research with the development of advanced technologies such as the large hadron collider developed by CERN. The ability to analyze detailed information by colliding particles together at high rates of speed has led to the discovery of new types of particles previously theorized by physicists around the world. Research into particle physics has the potential to help scientists better understand the genesis of our universe and the complexity of factors that govern the world we know.

It includes attempts to understand the world by making a model of reality, used for rationalizing, explaining, and predicting physics phenomena through physical theory.

The word astrophysics is a combination of two words-Astro which means star, while the word phisis means nature, Thus, astrophysics is defined as a branch of astronomy concerned with the study of the universe, i.e., stars, galaxies, and planets using the laws of physics.

It is also known as low-temperature physics and generally pertains to a temperature below -150 degrees Celsius or -238 degrees Fahrenheit and how matter behaves to cold conditions. Cryogenicists tend to avoid using the standard temperature formats of Celsius and Fahrenheit but instead use Kelvin or Rankine scale which is considered to be on an absolute scale. Cryobiology, cryosurgery, cryonics, cryogenics, and cryoelectronics are the subspecialties of cryophysics.

Mechanics can be classical or modern.

It deals with the laws of motion of physical objects and the forces that cause the motion.

It includes the discipline that attempts to relate the properties of the microscopic system to their atomic and molecular constituents. It especially involves the distribution of energy among them with maximum usage of probability theory.

The word acoustics has been derived from the Greek word akouen, the meaning of akouen is hear. Hence, acoustic is defined as a branch of physics, which studies how sound is produced, transmitted, received, and controlled. It also deals with the effects of sound in various mediums, i.e. gases, liquids, and solids.

It is the branch of physics, which deals with the propagation, behavior, and properties of light, a part of the electromagnetic spectrum that extends from X-rays to microwaves and includes the radiant energy that produces the sensation of vision.

It is the branch of physics, which deals with the study of heat and its relation with energy and work. According to the National Aeronautics and Space Administration (NASA), of work, heat, and energy on a system. It is only concerned with large-scale observations and their analysis.

Electrical circuits, diodes, transistors, integrated circuits, and vacuum tubes are all areas of interest for scientists fascinated by electronics. The flow of electrons along with a pre-designated pathway to process information and generate signals in telecommunication has helped advance civilization, culture, and knowledge of humanity in the modern era. The mechanics of motion in fluids in both liquid and gaseous states are investigated in the studies of fluid dynamics. The sub-disciplines of hydrodynamics, relating to liquid in particular, and aerodynamics, its gas equivalent, are also considered to be natural sciences that help understand the interactions between energy and matter on the earth and throughout space.

Cosmology, astrophysics, and astronomy are the similar fields of study, however, cosmologists wonder particularly about the origins and future of the universe. It deals with the universe as a whole phenomenon such as the Big Bang, dark matter, black holes, wormholes, expansion of the known universe, and a potential multiversity, these are the dominant areas of interest in cosmology.

The study of crystallography explores atoms in their solid-state of matter with a particular focus in molecular and atomic structure. Previously, the study of the geometry of crystals in relation to their axes was necessary to shed light on this field. However, in recent years the development of x-ray diffraction allows much greater insight into the axis and symmetry of crystals.

It refers to the ability to manipulate the properties of matter at the molecular, atomic, and subatomic levels. The term nanoparticle is used to classify particle types that are between the size scales of 1-100 nanometres. Quantum mechanics theories play an integral role in the investigation of nanotechnology by providing insight into how atomic and subatomic particles interact with each other. It deals with the understanding of the dynamics of the Earth’s atmosphere. Gravity, the Earth’s spin, polarity, wind, and temperature. They all play a crucial role in the investigation of physical and chemical phenomena in the atmosphere.

The above shows that physics is inseparable from the study of nature in any form of rows the study of the Universe to a chemical reaction occurring in a test tube or global climatic changes from global warming, melting of polar ice, acid rain, and depletion of the ozone layer. It’s all because, in physics, one studies both matters in its varied forms and energy.