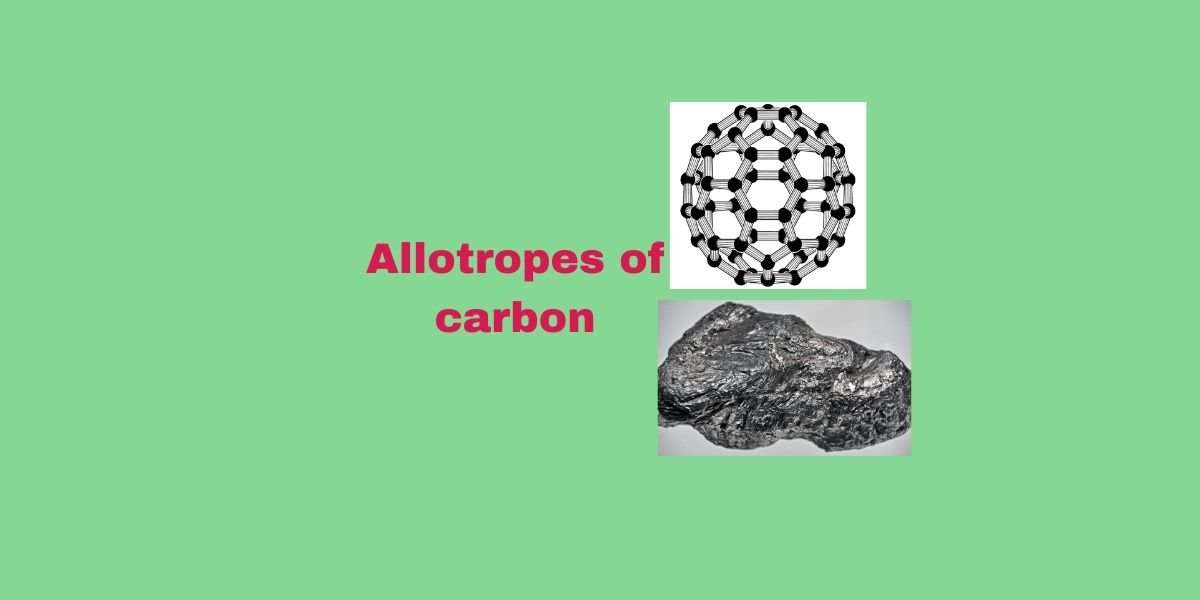 The various physical forms in which an element can exist are called allotropes of the elements. The four allotropes of carbon are:

It is the hardest substance having extraordinary brilliance. If we burn diamonds in oxygen, then only carbon dioxide gas is formed and nothing is left behind. This shows that the diamond is made up of carbon only. Structure of diamond and graphite It is a grayish-black opaque substance. Graphite is lighter than a diamond. If we burn graphite in oxygen, then only carbon dioxide gas is formed and nothing is left behind. This shows that graphite is made up of carbon only.

Buckminsterfullerene is an allotrope of carbon-containing clusters of 60 carbon (C60) atoms joined together to form spherical molecules.

It is the latest discovered allotrope of carbon.